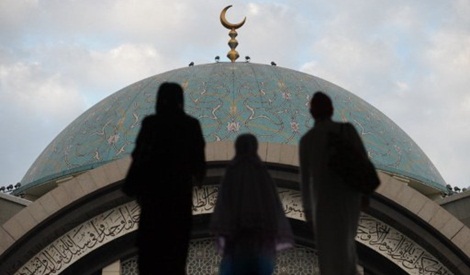 YOURSAY | ‘The landmark Federal Court ruling would obviously be well-known to political players.’

Anonymous_1527925538: It is already established in federal law that the conversion of minors needs consent from both the father and mother.

Are those trying to push through the amendment in the state assembly really so ignorant that federal law supersedes state law on the matter? They should all be made to study our country's constitution.

JW: Yes, the apex court should have the final say. It’s common sense… but not to the extremists, who only want things their way and can't live in a diverse, democratic society.

They are now not even accepting the fact that the idea of ‘parents’ comprises husband and wife and, if this is allowed, only the husband or man will soon count in the future.

What next for them, one wonders. But never underestimate their intolerance and lack of common sense.

The key question is how do or should the moderate Muslims respond? Continue to maintain their silence, which is really quietly accepting the dictates of the extremists, just so they don’t create waves?

Monty: The revelations by these lawyers that the landmark Federal Court ruling in the M Indira Gandhi case would obviously be well-known to all the political players in Selangor.

So what was the purpose of bringing it up? To drive another wedge between the PKR president Anwar Ibrahim and his deputy Mohamed Azmin Ali?

It is widely known that Selangor menteri besar Amirudin Shari and Azmin are very close. PKR, DAP and Pakatan Harapan as a whole should all be taking a closer look at the politics of religion taking place in Malaysia right now.

David Dass: We have spent so many years sharing the agony of Indira. It took a particularly bold Federal Court to provide the correct constitutional ruling that ended the impasse.

There is no right to unilateral conversion of a minor. The non-Muslim mother of a minor does not lose her right over her children should her irresponsible and unfeeling husband converts to Islam.

Islam should not provide him with an escape from his lawful responsibilities of providing maintenance. Custody would ordinarily go to the mother unless she is proven to be unfit and that is a very high burden.

It would be unconstitutional for the state government to pass such a law. The ruler should be properly advised.

The Way It Was: You have the Selangor Islamic Religious Council (Mais) and their politician buddies planning these extremist state policies without considering the views and permissions of both parents.

These fanatics want to usurp the parental roles and responsibilities of Muslim parents over their children's faith. They fail to see and understand that Malaysia is a secular, democratic, multiracial country with Islam as its national religion.

They want to bring Arabic tenets and behaviour foreign to our local Malay culture and behaviour and imposed them on Malay Muslims.

Anonymous_2679c6e5: The people behind this unilateral conversion bill at the highest levels are so determined and focused on destroying the unity of both the Malaysian people and the Harapan government that they will stoop so low to force their views on the innocent.

Kidnapping, corruption and grand theft are not only accepted but practised without shame. Not an ounce of humanity is left in these people.

AnotherKomentar: If conversion by the consent of one parent applies to conversion to Islam, why can’t other religions also expect the same treatment?

Does Islam being the official religion of the federation mean that it ranks above the embedded values of our constitution and way of life – justice, fairness, equity and harmony?

It’s not only illegal and unconstitutional, it is also unconscionable for humanity to force one religion on the most vulnerable group of our society.

Isn’t Islam as practised in Malaysia a moderate version where we non-Muslims have been told there is no compulsion in religion?

Thana55: The Selangor Legislative Assembly should concentrate on people's issues. Have you seen potholes aplenty, non-working street lights, motorcyclists in the middle of highways?

Less on race and religion issues, please. Can you debate in the assembly the recent water crisis? The rakyat wants to know what actions are being taken to prevent a recurrence.

If you cannot serve the people properly, just resign. Period.

Anonymous_2679c6e5: The menteri besar has no right to introduce any bill without the consent of the other parties in Harapan.

The speed at which his faction tried to introduce this controversial and unconstitutional bill, even before his first term is up, suggests that the other members of the factions will have no restraint in continuing the theft and corrupt practices of the previous government.

Annonnymous 080: The ‘wise men’ of Mais need to explain where and why they came to such a conclusion of the need for unilateral conversions. Whose needs are these?

This is what happens when such characters are kept on the payroll for the sake of providing employment, and instead they try to show their overzealousness.

What a pity that the council has given lopsided and wrong advice to the ruler. It abrogates the Federal Constitution, which had been further strengthened by last year’s Federal Court in the Indira case.

All this taxpayer money and resources of the nation seem to be wasted on propping up these unworthy individuals.

TehTarik: Increasingly, it looks like Harapan will be a one-term government. If this stealth Islamisation continues, many of us will boycott Harapan come the next election.

The message is loud and clear – non-Muslims and liberal Muslims should seriously consider emigration as Islamisation and implementation of hudud appears to be inevitable.

The economy is in the doldrums and the educational standards stink, and yet Harapan appears to be obsessed with race and religion. It is so sickeningly pathetic.