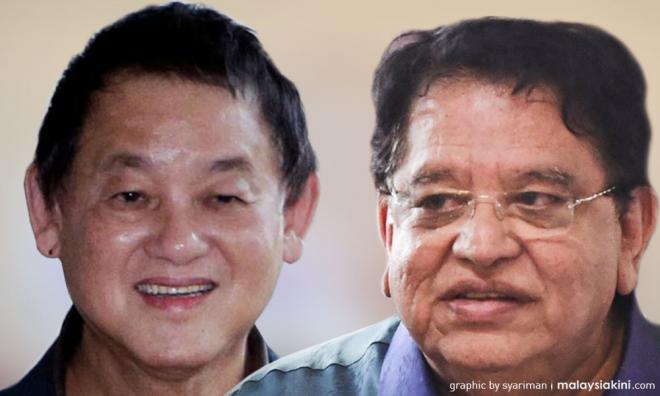 In his judgment, Justice Mohd Nazlan Mohd Ghazali said Section 170 of the Criminal Procedure Code (CPC) empowers the court to jointly try more than one accused if the charges are related to offences which are committed in the same transaction.

He said based on the charges, the facts underlined in the transaction were the same.

"The date, location, the monetary amount, the cheque, the account holder, the approval seeking the development project are all identical.

"Furthermore, the list of documents submitted to the defence under section 51A of CPC in both cases are the same, so it is very likely that the same witnesses will be called, so I therefore allow this application for a joint trial," said Justice Mohd Nazlan, who then fixed Aug 20 for case management to fix the trial dates.

On Nov 15 last year, Tan, who is a director of a property development company, pleaded not guilty to a charge of giving a bribe to Tengku Adnan, 68, by depositing a Public Bank cheque for RM1 million belonging to Pekan Nenas Industries Sdn Bhd into Tengku Adnan's CIMB Bank account.

It was allegedly as a reward for Tengku Adnan for approving Nucleus Properties Sdn Bhd (now known as Paragon City Development Sdn Bhd) to increase the plot ratio relating to the development of Lot 228, Jalan Semarak, in Kuala Lumpur.

The charge, under Section 16(b)(A) of the MACC Act, provides for imprisonment of up to 20 years and a fine of not less than five times the amount of the gratification or RM10,000, whichever is higher, if found guilty.

Tan also faces an alternative charge, made under Section 165 of the Penal Code and punishable under 109 of the same law, with abetting Tengku Adnan in committing the offence.

On Nov 15, last year, Tengku Adnan pleaded not guilty to a charge of corruptly receiving RM1 million from Tan to approve an application by a company to increase the plot ratio relating to a development on Jalan Semarak.