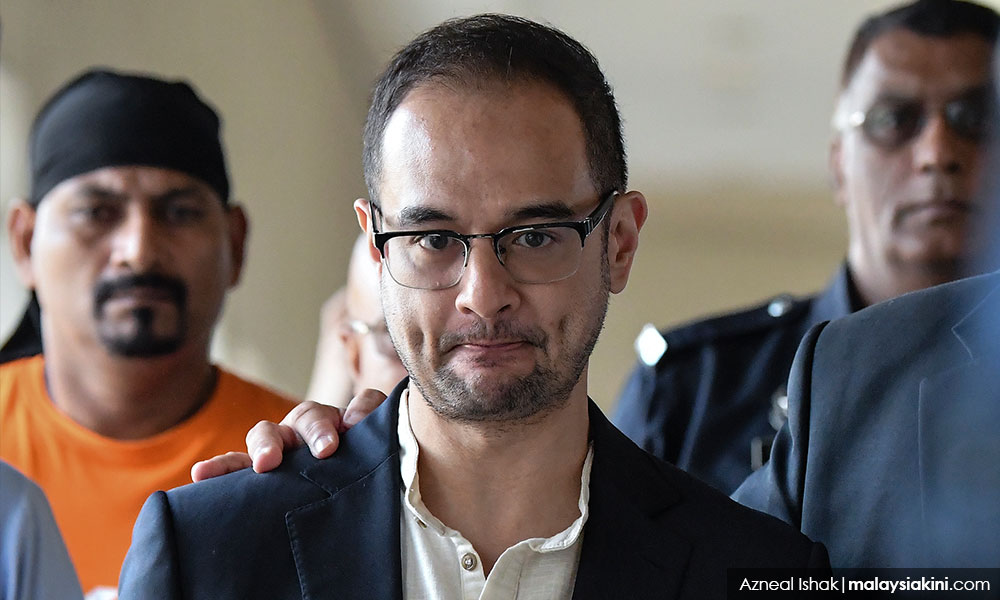 Judge Rozina Ayob set Jan 6-9 and Jan 13-16 to hear the case after lead prosecutor Gopal Sri Ram informed the court that the prosecution had no intention to transfer the case to the High Court.

Sri Ram, who is a former Federal Court judge, also told the court that the prosecution will call less than 10 witnesses and one of them is from Singapore.

“The prosecution also submitted some of the documents relating to the case to the defence today, in accordance with Section 51A of the Criminal Procedure Code," said Sri Ram, who also informed the court that the prosecution had not received some documents from the United States.

The court then set Sept 20 for mention.

Meanwhile, deputy public prosecutor Ahmad Akram Gharib, when met by reporters after the proceedings, said the documents handed to the defence today involved several account statements from Switzerland and Singapore.

On July 5 this year, Riza, 42, the owner of Red Granite Pictures, pleaded not guilty to five charges of money laundering involving US$248 million (RM1.25 billion) which was allegedly misappropriated from the 1MDB fund.

On the first count, The Wolf of Wall Street movie producer was charged with receiving US$1,173,104 in proceeds from unlawful activities through a money transfer transaction from an account belonging to Good Star Limited at RBS Coutts, Zurich, Switzerland, to an account belonging to Red Granite Productions Inc at City National Bank, Los Angeles, United States.

The funds were alleged to have been misappropriated from the 1MDB fund.

The offence was allegedly committed between April 12 and May 12, 2011, at the City National Bank in Los Angeles.

Riza was also charged with committing a similar offence, involving US$9 million, through a money transfer transaction from the same account on Sept 10, 2012, and Oct 10, 2012, at the same place.

On the fifth count, Riza was charged with a similar offence, involving US$45 million, at the same place on Nov 14, 2012.

All the charges were made under Section 4(1) (a) of the Anti-Money Laundering, Anti-Terrorism Financing and Proceeds of Unlawful Activities Act 2001, which provides for a maximum fine of RM5 million or imprisonment of up to five years, or both, upon conviction.