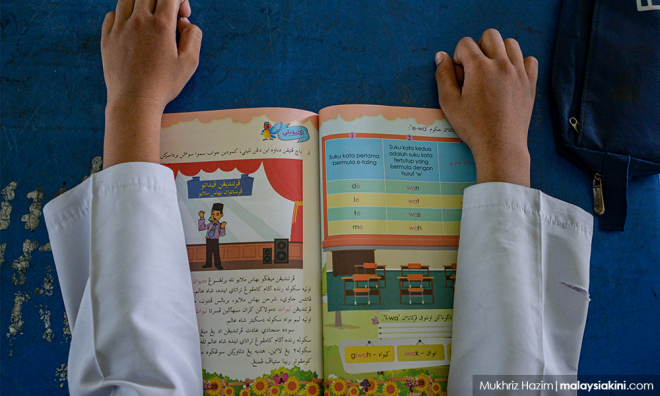 A professor who was due to appear on current affairs show, Analisis Bersama Finaz Yunus, had to withdraw at the last minute after being threatened by an NGO not to appear.

Prof S Vijayaletchumi, who is part of the Education Ministry's curriculum drafting committee that proposed the inclusion of the khat script for the Bahasa Malaysia syllabus for Standard 4, was originally scheduled to appear as one of the panellists on the show which is broadcast by TV AlHijrah which owned and operated by the Islamic Development Department (Jakim) and broadcast over Astro.

However, the show announced on its Facebook page this evening that she had cancelled her planned appearance on the discussion panel.

Sources told Malaysiakini that Vijayaletchumi had called AlHijrah at around 2.30pm today saying that she could not make it tonight. This was because she had received a threat from an NGO that was opposed to the introduction of khat lessons in the vernacular school syllabus.

"She was basically advised by the Education Minister's office not to go ahead with the appearance," said the source.

The Facebook post indicated that Vijayaletchumi would be replaced by linguistics expert Prof Teo Kok Seong of UKM.