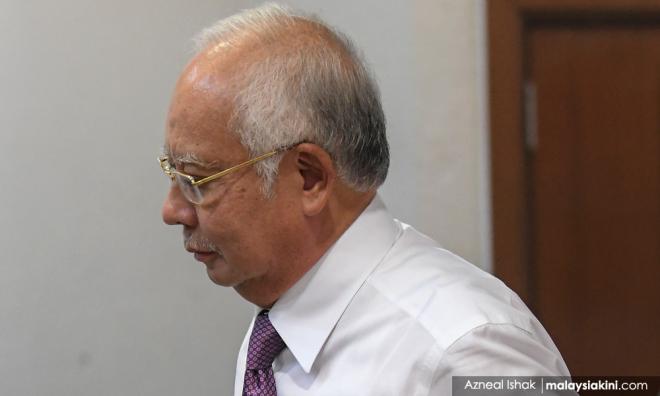 NAJIB TRIAL | Najib Abdul Razak has claimed he will secure a favourable outcome in his appeal to re-assess the over RM1.69 billion in tax he owes because it the sum is largely computed from donations from the Middle East.

This was among the reasons cited by the former prime minister in his affidavit-in- support of his application to stay the RM1.69 billion tax suit against him.

court
najib abdul razak
src international
corruption trial
Related Reports
'In sniper's crosshairs' - Najib shares bullet hole photo after accused of lying
a year ago
Day 51: Judge warns Najib against making potentially contemptuous online posts
a year ago
Husni: I was warned about Raja Petra attacks if I snubbed Najib
a year ago
Enough of your 'sandiwara', Najib
a year ago