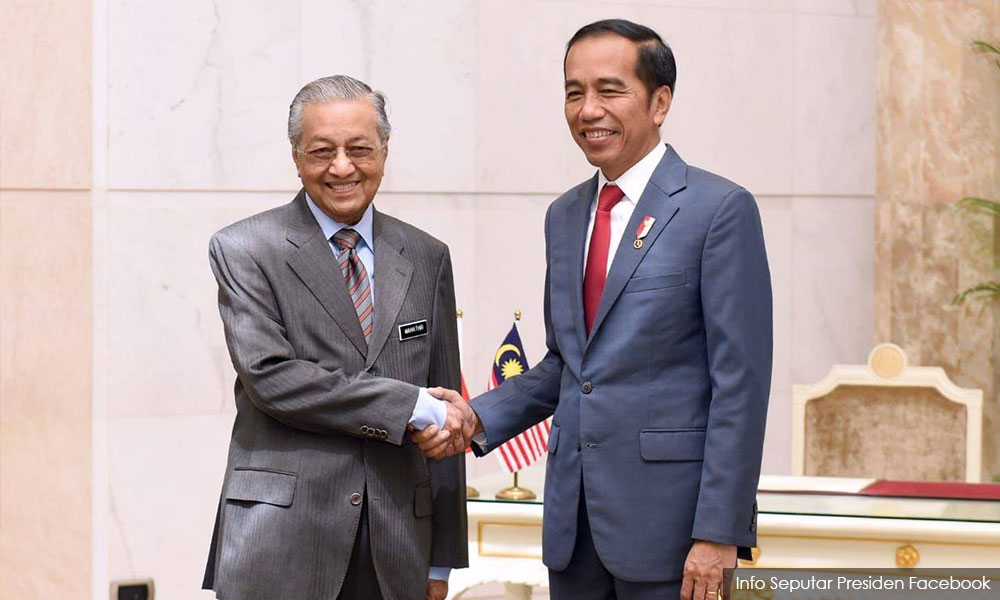 Indonesia, M'sia must work together on palm oil discrimination - Jokowi

He said efforts in this direction could not be done individually by both countries.

He said facing the challenge together was necessary in order to stop prices of the commodity from dropping further and to ensure the well-being of farmers and workers in the sector.

“I reiterate once again that Indonesia and Malaysia should work together to combat palm oil discrimination,” he had told television channel Astro Awani in an interview in Jakarta prior his two-day official visit to Malaysia.

Joko Widodo, better known as Jokowi, and Prime Minister Dr Mahathir Mohamad held a meeting in Putrajaya this morning after the Indonesian president was accorded an official welcoming ceremony.

In the interview, Jokowi stressed that Indonesia-Malaysia cooperation on palm oil was necessary to avoid inconveniences for both the Asean member countries.

Apart from the government, he said that the measures to tackle the discrimination should also involve the private sector in both countries.

Meanwhile, Jokowi expressed his hope for closer cooperation between Indonesia and Malaysia in various sectors such as the economy, investment and tourism.

For example, he said the collaboration could be carried out by oil and gas companies Pertamina and Petronas, where they could combine expertise to create an industry with bigger capital and capacity and be able to find oil sources together and to export petroleum products to other countries.

Jokowi also expressed his admiration towards Dr Mahathir as at the age of 94, the prime minister still had the energy to lead Malaysia.