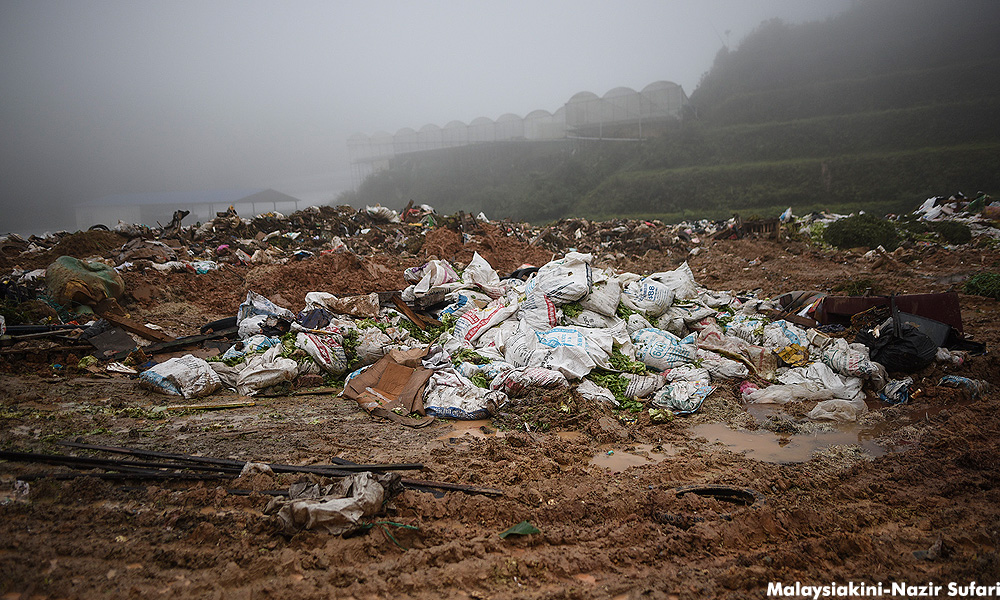 An investigation by the state Department of Environment (DOE) found that a site where oil palm wastes are disposed of at the Suria Residences, Perdana College Heights in Pajam, Negeri Sembilan, is an illegal dump.

Negeri Sembilan State Health, Environment, Co-operative and Consumerism Committee chairman S Veerapan said no permission was given for the site to be used as a disposal area for such wastes.

"The wastes should have been disposed of at a sanitary (sanitary landfills are sites where waste is isolated from the environment until it is safe) garbage disposal site approved by the agency concerned.

"An investigation paper has been opened against the landowner and waste contractor under Section 24 of the Environment Quality Act 1974 which provides a fine not exceeding RM100,000 or jail not less than five years or both,” he said after visiting the area with the state DOE director Norhzni Mat Sari yesterday.

DOE and the Solid Waste Management and Public Cleansing Corporation had conducted an investigation recently following public complaints about air pollutions, namely, dust and particles in the area, Veerapan added.

Advertisement
01
MOF urged to explain procurement of 'blacklisted' cargo scanners
8 Jul 2020
02
YOURSAY | ‘Umno decides when the election will be held, not Bersatu’
8 Jul 2020
03
PM candidate issue should come from the horse's mouth - Umno man
8 Jul 2020
04
Proposal to make Muhyiddin Umno president and 10 news you may have missed
8 Jul 2020