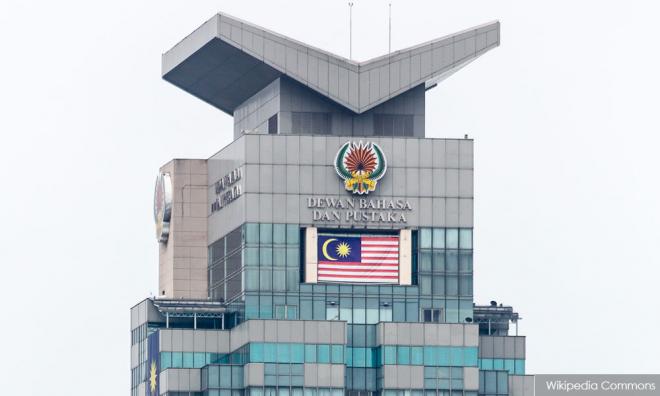 The Dewan Bahasa dan Pustaka (DBP) headquarters in Kuala Lumpur is an iconic building that is even studied by architecture students but plans to demolish it have been turned into yet another racial and religious issue in the country's national narrative.

A notice by DBP announcing that demolition works to the rooftop of its tower structure which appears like an open book will begin on July 12 until November 17 have led to questions whether there are ulterior motives.

Among those who have raised questions was PAS central committee member Riduan Mohamad Noor, who claimed the structure was a Quran book rest (rehal).

"The rehal is a symbol of Malays seeking knowledge and there are those who feel uncomfortable with the rehal," he said in a Facebook post.

However, DBP executive director Abang Sallehuddin Abang Shokeran told Malaysiakini that the demolition is being done on the advice of the Public Works Department due to safety concerns.

He noted that while there is nostalgia over the symbolic structure, public safety must come first.

He said the support structure is made out of metal and its proximity to condenser units of the building's air conditioning system had led to rusting.

"The building is almost 20 years old, many parts have to be replaced.

"We are aware that people will question the move as we too are nostalgic about the book symbol but safety and advice from the Public Works Department must take precedence," he said.

Abang Sallehuddin said there are no plans yet to rebuild a replacement structure, which will cost RM12 million, as the immediate priority is for its demolition due to public safety.

He conceded the removal of the iconic structure would affect DBP's image but said it could be worse if any unfortunate incident were to happen if the rotting structure is left unattended.

"DBP's image is not only in a building but it lies in the efforts to empower the usage of the Malay language and to give the national language economic value," he said.

The DBP headquarters in Kuala Lumpur was built in 1962. A tower, which carried the symbolic book structure, was added in 1999.