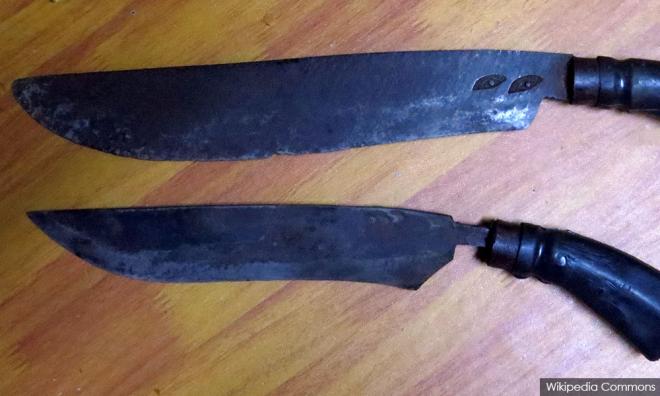 A 20-year-old man was slashed to death by a group of machete-wielding men in an incident at a park in Taman Sri Pulai in Kangkar Pulai, Johor Bahru, earlier today.

Iskandar Puteri police chief Dzulkhairi Mukhtar said the 12.50am incident occurred when the 20-year-old victim was drinking alcohol with four friends at the park, when a group of 10 men alighted from three vehicles and suddenly attacked them.

The victim was slashed in the head and hands, while another friend, aged 21, was stabbed in the shoulder.

“It is understood that both injured victims and their three friends, who were unharmed, had fled the scene to seek help some 30 metres away,” he said in a statement.

Dzulkhairi said that members of the public who witnessed the incident called for an ambulance.

However, upon arriving at the Sultanah Aminah Hospital for treatment, the 20-year had succumbed to his injuries, while the other injured victim was admitted at the hospital.

Dzulkhairi said thus far, five suspects, aged between 18 and 25, have been arrested, and police were still looking for the remaining suspects.

Police are investigating the motive behind the attack and would apply for a remand order against the suspects tomorrow.

The case is being investigated under Section 302 of the Penal Code.