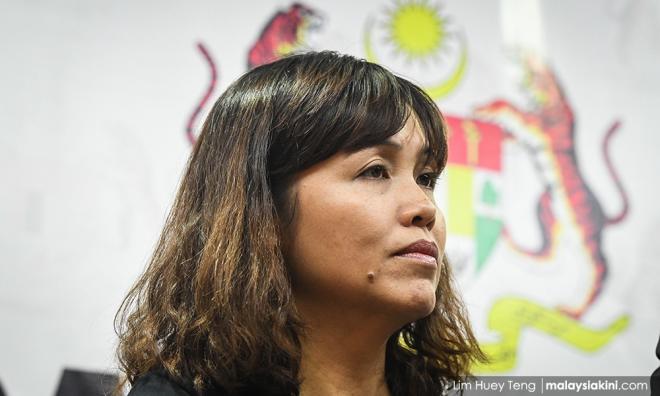 In the wake of the contentious inclusion of khat in the school syllabus, Deputy Education Minister Teo Nie Ching has promised to hold more consultations when reviewing Bahasa Malaysia textbooks in the future.

In an interview with Oriental Daily published today, Teo said that her ministry had had limited time to engage stakeholders on the introduction of khat lessons in the present Standard Four Bahasa Malaysia syllabus.

She added, however, that a decision needed to be made or the textbooks would not have been ready in time for the 2020 school year.

Moving forward, Teo assured that upcoming revisions of the Standards Five and Six Bahasa Malaysia textbooks will be carried out with extensive discussions with NGOs to arrive at a consensus and prevent “misunderstandings.”

“We have yet to discuss khat lessons in the Standard Five and Standard Six (Bahasa Malaysia textbooks), the ministry will review that next.

“We hope to allocate more time to hold comprehensive dialogues,” she was quoted as saying.

“When dealing with khat, everyone comes from different perspectives and has different considerations. This is a challenge.

“In my position, I want to stress that the ministry will try our best to return to the essence of education and look at what is best for students, and how we can make education better,” she added.

Earlier this month, the ministry announced that six pages of khat lessons would be included in next year’s Standard Four Bahasa Malaysia textbook. It stressed that students would not be evaluated on the topic.

This was met with intense opposition from Chinese and Tamil educationist groups, who wanted the initiative postponed so that further discussions could be held.

Their main concerns were that students would be overburdened with khat lessons, and that it would not improve their grasp of Bahasa Malaysia. Critics were also worried that khat was an attempt to Islamise vernacular schools.

The deputy minister herself became a target of criticism over the issue.

Teo admitted to Oriental Daily that she had been unable to sufficiently explain the initiative, leading to misunderstandings and fear among the Chinese community.

She stressed that the mere introduction of khat lessons in Bahasa Malaysia textbooks did not affect or dilute the essential character of Chinese vernacular schools.

Teo further explained that the Jawi script was previously used as the writing system for Bahasa Malaysia, and expressed her hope that all parties would be more objective and rational when discussing the matter.

“Right now Standard Five students are already introduced to khat. Have the fundamentals of our Chinese vernacular primary schools been altered because of it?” she asked.

Following intense opposition, khat was cut to three pages, and made optional depending on the prerogative of teachers.

Despite these concessions, Chinese educationist groups Dong Zong and Jiao Zong have continued to oppose the move.