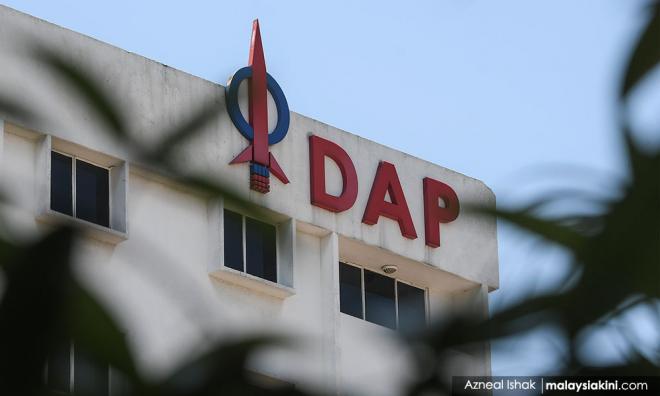 COMMENT | On July 25, Sinchew Daily front-paged the news that next year’s Standard 4 syllabus will contain six pages of introduction to what the Jawi script is all about. With that, the DAP came to face its worst crisis since Pakatan Harapan came into power in May 2018, and no doubt one of its most serious crises in DAP’s 53-year history.

What follows is a case of strong emotions being whipped up based on very few facts, mostly twisted ones. This is indeed a wake-up call. We are now governing in a challenging post-truth milieu and yet with the obligation to the nation to hold together a multi-ethnic and multi-party coalition government.

I want to express my unreserved gratitude to DAP grassroots leaders in Johor. It has been very hard on all of you. When the public is up in arms against the DAP, you have to face it first-hand at coffee shops in your respective local community.

It is not that we have not faced such moments before. In 2014, courtesy of Sinchew Daily and Utusan Malaysia, DAP was accused on the one hand of being cowardly and for not standing up to PAS, then an ally in Pakatan Rakyat, when PAS and Umno tangoed on the question of hudud; and on the other hand, Utusan accused DAP of being antagonistic towards Islam.

Then in 2016, again on an issue fanned by Sinchew Daily, DAP grassroots members suffered ridicule as DAP re-aligned with forces associated with Dr Mahathir Mohamad. At the same time, in the universe of Utusan readers, Mahathir’s supporters faced ridicule for collaborating with DAP.

During those crises, DAP Johor leaders at all levels stayed together and we went to each and every small town in Johor to speak at “Forum Kedai Kopi” to explain to our supporters the difficult choices we had to make.

Ethnic firestorms created by the press and social media are very hard to deal with. The current crisis, for example, seems to be engulfing everyone to the extent that if anyone comes up with a contrarian view, he or she is branded a traitor to the ethnic cause. Everything is painted in black or white. Anything else is a sell-out position.

Is Mahathir or Lim Kit Siang the villain here?

The mass media has been completely free since the change of government in 2018. The new government has not interfered in how they are run despite most of the major media houses being owned by friends of the last government.

So we have our versions of Fox News on both the Malay and the non-Malay fronts. Fox News in the US plays the role of setting agendas or perspectives. Pro-Trump social media influencers and cybertroopers then dance to the tune and take it to the next level in cyberspace through peer-to-peer apps such as WhatsApp. The illusion of a large “consensus” of sorts, more like an echo chamber, is thus created.

In the Malaysian scenario then, on the non-Malay front, the Harapan government is deemed to be controlled by the iron fist of Mahathir. Mahathir is being branded as the worst enemy. Everything is caused by Mahathir. This is allegedly a Malay supremacy government. On the Malay front, however, Lim Kit Siang and Lim Guan Eng are being painted as the worst leaders this country has ever produced. They dictate everything in the government. This is a Chinese or Christian government.

Both perceptions are wrong, of course. But in the post-truth world, these perceptions are hardened as “truths” to the extent that political leaders at many levels are forced to adopt such positions or at least respond to them positively. In the process, the nation risks being torn apart.

The fact is that the Harapan government is a coalition government. No party has absolute power. Most things have still got to go back to the cabinet and the Pakatan Harapan presidential council for endorsement and that is how it should be.

This coalition government is certainly a very difficult one to manage. Mahathir and Anwar Ibrahim were sworn opponents for two decades. Mahathir and DAP were opponents for even longer. All of us in Harapan have to be committed to keeping the coalition intact and keeping our multiethnic society safe and secure.

I urge DAP members to be steadfast in keeping Harapan intact. Talk of asking DAP to quit Harapan at all costs is just going to destroy the fruits of democracy won on May 9 and open the door for Umno and PAS to return to rule.

Where the Jawi script crisis is concerned, everyone is entitled to their views on what the Education Ministry should do. I respect that.

I have just two requests. First, whatever we discuss, we should base it on facts and not on lies and falsehoods. A nation that makes decisions based on falsehoods does so at its own peril. Second, whatever one’s view, it should not be based on Jawi-phobia. We do not want Jawi-phobia or Chinese-character phobia or Tamil-phobia in Malaysia.

Now, there are some basic facts to consider here.

First, Jawi is not a new language (in Chinese newspapers, Jawi is translated as wen, a term that is usually used to refer to a full-fledged language, hence many Chinese parents reacted with shock after reading Sinchew’s report because they thought their kids would be burdened with a new language). Jawi is just an alphabet system, a form of A, B, C.

Second, Jawi has nothing to do with religion and has nothing to do with Islamisation. Jawi is not Arabic and just like writing Bahasa Melayu in Rumi alphabets does not make anyone proficient in English or any other Western language, using Jawi does not teach him or her any Arabic. There has simply been too much disinformation about the learning of Jawi as the opening of floodgates for Islamisation.

Third, perhaps the Education Ministry should have been more consultative, but the idea of the whole proposed exercise is to introduce the history and the idea of Jawi as part of fun teaching so students would know something about the phonetic system that was used before Rumi. It involved six pages of texts and now, it has been cut down to three pages.

In conclusion, let’s stay together as a strong team. We in DAP Johor have weathered through very tough crises together before 2018.

It is not an easy task. I know how much you have suffered in the past weeks since the crisis broke out and actually since adjusting to being in government.

The truth is, we are governing in a post-truth environment and we who believe in the Malaysian dream need to step up to ensure that no racial confrontation takes place. The mandate given to us is to govern in a coalition government to secure Malaysian democracy for all Malaysians from all backgrounds.

LIEW CHIN TONG is a senator and Johor DAP chief. The above is a speech given to DAP grassroots in Stulang, Pekan Nanas, Kulai and Simpang Renggam on Aug 11.