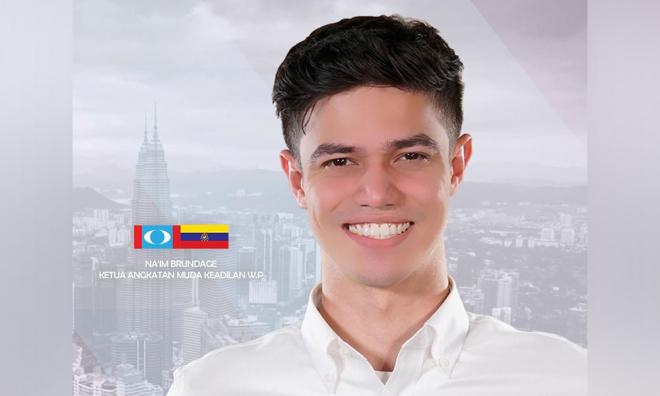 Amid heated discussions on various issues that touched on ethnicities and race, a PKR Youth leader has renewed a call for the government to enact an anti-discrimination law.

"This issue is not new in Malaysia, and in fact it has spread like a cancer among society.

"Conflicts involving racial discrimination has surrounded all aspects of our life as a society, be it in our neighbourhood, places of education, workplace or public areas," Na'im said in a statement.

In pointing out that an anti-discrimination law has been enacted in countries, including Australia, Canada, France and Hong Kong, Na'im said the move should be considered in Malaysia so long as it does not contradict any provisions under the Federal Constitution.

"It is a good step forward that can be implemented to prove the government's commitment to preserve unity among various races in our country," said Na'im who conceded, however, that a single law will not be able to resolve all incidents of racial discrimination in Malaysia.

Last November, Putrajaya backed out of its pledge to ratify the United Nations International Convention on the Elimination of All Forms of Racial Discrimination (ICERD) amid mass protest from Malay-Muslim groups.

At the time, the move was promoted as a way forward to address issues, including alleged racial discrimination faced by job seekers and those seeking to rent accommodation.

Naik should stop his diabolical game of hatred against non-Muslims in M'sia
12 Aug 2019
Apply rule of law across board for better economic climate - author
7 Aug 2019
Family of ‘bullied’ M’sian student who committed suicide sues US university
6 Aug 2019
Issue not khat or fears of non-Malays, it's everything viewed racially, religiously
4 Aug 2019