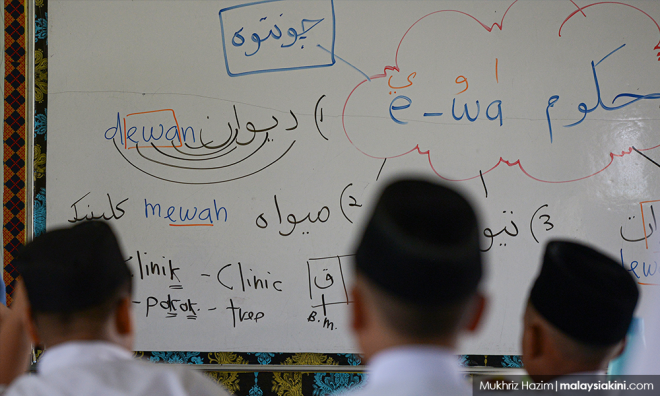 Youth exco Muzzammil Ismail branded Dong Zong as "extremist" out to undermine racial unity over its latest claims that the government’s move to introduce khat in schools was a form of “Islamisation”.

"In the past they had led the calls to pressure the government, particularly Education Minister Maszlee Malik, to recognise UEC.

"Launching a petition to protest Jawi is a calculated and despicable act to undermine Malaysia's heritage," he stressed.

Last week, about 20 people, led by a Bersatu Youth exco member (above), had also submitted a memorandum to Dong Zong in response to the group's initial concerns.

Dong Zong's latest objection was raised despite the Education Ministry’s compromise to make the lessons optional and halving the number of pages.

Prime Minister Dr Mahathir Mohamad yesterday similarly branded Dong Zong as a "racist" group which had long been opposed to the government’s efforts to promote unity.

At the time of writing, the Bersatu Youth's petition against Dong Zong has recorded over 20,000 supporters in less than 24-hours.