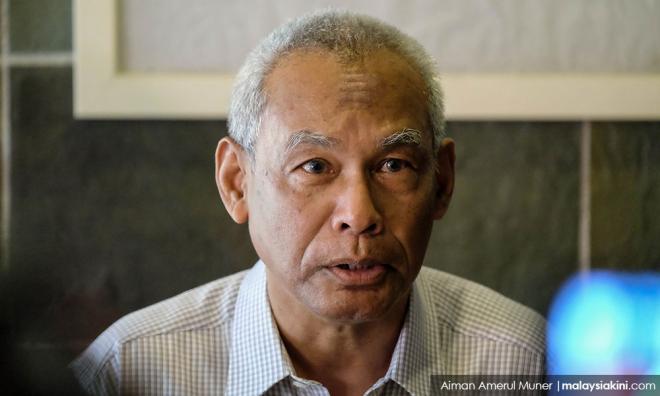 Former state police chief Musa Hassan (above) has dismissed the idea that controversial preacher Zakir Naik is a terrorist.

The ex-IGP was responding to a post on Twitter questioning his support for Zakir, who is wanted by the Indian government, and who recently stoked tensions by questioning the loyalty of Malaysia's Hindu community.

"Zakir is an expert on comparative religion, he was just talking about it. What evidence is there that he is promoting terror?" asked Musa.

"He (Zakir) only knows about religion, that is his field," he claimed.

It was the latest exchange in a war of words between Musa and the Harapan Malaysia Baharu account holder that began with the latter questioning Zakir's arrival in Kelantan on a speaking tour, only to be told by Musa that his response showed up the difference between the "knowledgeable and the ignorant."

Musa also explained that under extradition law, applications could be rejected based on circumstances such as prosecution being political in nature, race, religion, nationality and political affiliation.

"If the hearings are affected because of race, religion, nationality and political beliefs and time constraints," he said.

Zakir, a permanent resident, is in self-imposed exile in the country, and he is wanted in his native India on money-laundering charges.

Putrajaya has refused to deport the preacher despite requests from India, expressing concern about whether he will receive a fair trial.

‘Running down M’sians’: Kula to bring up Zakir in cabinet
13 Aug 2019
Lawmaker fumes after Zakir suggests Hindus here support Modi over Dr M
12 Aug 2019
Naik should stop his diabolical game of hatred against non-Muslims in M'sia
12 Aug 2019
PAS MP: Kit Siang should zip it after not coming for Zakir's ceramah
12 Aug 2019