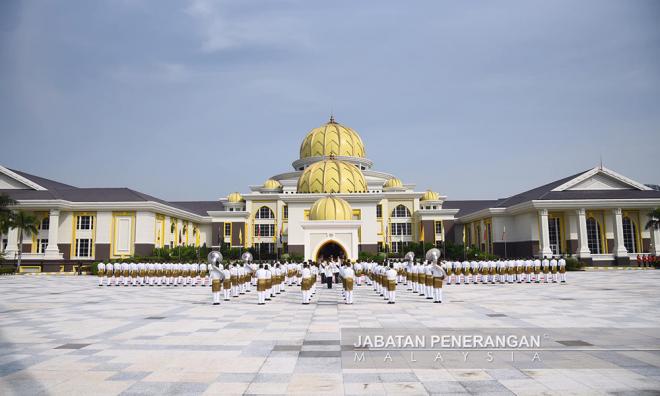 Man who posed as Istana Negara adviser charged with cheating

A food stall operator in Temerloh, Pahang, was charged at the Magistrate’s Court here today with cheating a woman of RM100,000 by posing as Istana Negara adviser who supervises Istana Negeri Sarawak asset liquidation and unfreezing process.

Mohd Salimie Baharudin, 26, however, pleaded not guilty and claimed trial after the charge was read before Magistrate Shah Wira Abdul Halim.

The man accused of cheating the 41-year-old victim at No 2, Jalan P10B/11, Precinct 10 here on Aug 1, by promising a three-fold profit for her cash of RM100,000 which he told her to deposit into several accounts.

The charge, under Section 420 of the Penal Code, carries a maximum of 10 years’ jail with whipping and also liable to fine, if convicted.

Magistrate Shah Wira allowed the accused bail of RM10,000 with one surety and set Sept 17 for remention.

Prior to this, media reported that police had detained a 26-year-old man for posing as private secretary to the Yang di-Pertuan Agong and Istana Negara adviser with the title ‘datuk seri’ to cheat the victim into believing that he was in charge of unfreezing the assets of Istana Sarawak worth RM1.8 million.

He was believed to have duped the wife of a businessman into believing that the assets were currently held by the Customs Department and that the money was needed to pay the processing fee to solve the asset unfreezing process within two weeks.