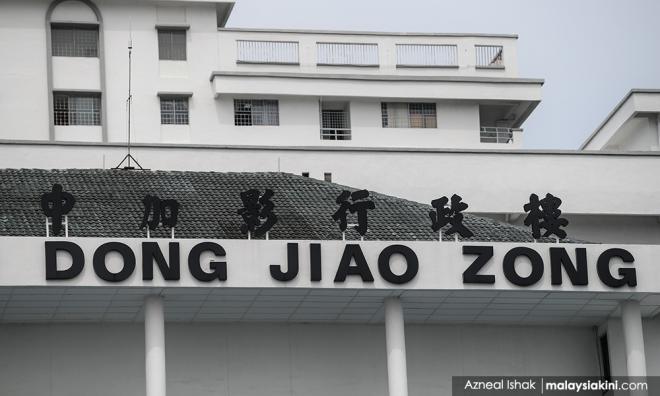 Dong Zong denies its racist, says others oppose khat too

Dong Zong has rebuffed Prime Minister Dr Mahathir Mohamad's assertion that the association is "racist" and that it opposes all government education policies.

In a joint statement with sister educationists' group Jiao Zong, the two said there were others who were also opposed to the imposition of khat lessons for vernacular schools and that this was the mainstream view of the non-Muslim community.

"In fact, not all Malays agree with this move. For example (former international trade and industry minister) Rafidah Aziz also said that khat should be an elective subject, not compulsory," the two associations said.

They said opposition to khat was due to the failure of Education Ministry officers to take into account non-Malay views, either from them or the Tamil Foundation or the Malaysian Consultative Council of Buddhism, Christianity, Hinduism, Sikhism and Taoism (MCCBCHST).

Mahathir had recently lashed out at Dong Zong for claiming that the three-page khat lessons to be introduced for the Standard 4 syllabus was a form of "Islamisation".

They also cited a scholarly article on the contributions of Arabic calligraphy to the Islamic arts.

Jawi is a written script for Bahasa Malaysia that was adapted from the Arabic script.

Dong Zong and Jiao Zong said it understood the Muslim community's love for Jawi and khat and supported Yadim's aim to strengthen the mastery of Jawi by Muslim children.

As such they said, Jawi should continue to be taught as part of the Islamic studies syllabus.

"(However) the teaching of khat in the Bahasa Malaysia syllabus not only worries non-Malay parents in Chinese and Tamil schools but also non-Muslim parents in national schools.

"If khat is made compulsory for the purpose of dakwah (proselytisation of Islam), then this is not in accordance with Quranic teachings which say there is no compulsion in religion," they said.

Education Minister Maszlee Malik has denied that introducing khat was a form of Islamisation.

Dong Zong and Jiao Zong said they also appreciated that Jawi could be the gateway for old Malay literature before the romanised script became popular.

However, they said for non-Muslims to learn it, it must be able to bring meaning and discussions that were outside of Islam, just as how Arabic was used by non-Muslim Arabs.

They urged Mahathir to listen to all views on the khat issue and not deny the opinions of non-Muslims.

DAP secretary-general Lim Guan Eng has promised to bring up the khat issue in the cabinet tomorrow.

He previously raised the matter in the cabinet on Aug 7 after which the Education Ministry announced that the teaching of the subject would be optional and lessons would be reduced to three pages instead of the initial six.