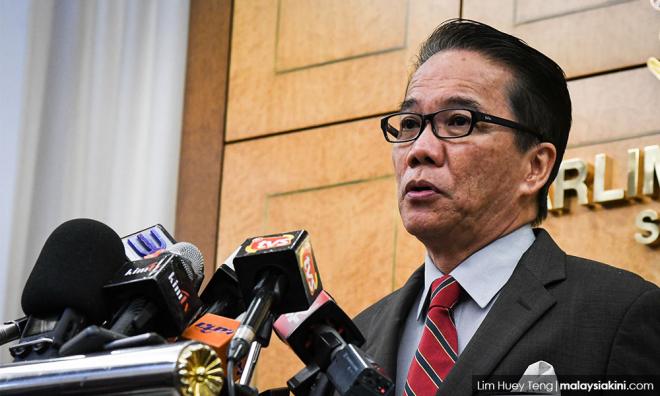 Harmony among Malaysians could be better fostered by looking at things shared in common rather than criminalising speech, according to Minister in the Prime Minister’s Department Liew Vui Keong.

The de facto law minister reportedly said this was as many incidents of interracial and interfaith tensions could be attributed to misunderstandings due to preconceived notions enforced by ethnic stereotypes.

"To me, personally, racial tension or racial disharmony arises because we are not able to find what we have in common.

"If we can find common ground and identify ourselves as such, that in turn will lead to all of us living harmoniously without inciting each other and having to enact laws or bills to restrict our speech," said Liew, as quoted by online portal The Malay Mail.

He was commenting on the recent death of a 29-year-old man in a road rage incident which had taken a racial twist on social media, despite a formal clarification and warnings from the police.

Liew reportedly said he believes the case stemmed from a misunderstanding that spiralled out of control and which is now likely being regretted by the survivor.

"In that particular case, it was two individuals. There was a misunderstanding that went out of control, then it caused that incident, which is regrettable.

"I’m sure the person who was arrested is pondering whether his action was worth it," Liew said in reference to the suspect being investigated under Section 302 of the Penal Code for murder.

The Batu Sapi MP further said understanding among ethnicities and races is common in his home state of Sabah as they were taught from a young age to be tolerant of people with different beliefs and cultural practices.

"In Sabah, we don’t have this kind of problem. I don’t see the colour of you. I see you as you are, I see you as a Malaysian. We’ve been trained and educated like this," said the Parti Warisan Sabah chairperson.

"Our families have such values because of a lot of intermarriages. It helps us a lot to understand each other more.

"I sincerely hope we can all look at things from this angle and learn to progress as a nation based on our common ground,” he further said.

Aside from the road rage incident, recent discussions on topics, including the khat controversy and status of controversial preacher Zakir Naik, had also sparked comments with racial overtones.

At the same time, Liew also said the government’s proposed National Harmony and Reconciliation Commission — aimed at strengthening racial and religious ties — is in its final stage of discussions and expected to be ready for tabling by October at the last parliament session for this year.

The idea, which had been mooted under the previous BN administration, was revived last year by de facto Islamic Affairs Minister Mujahid Yusof Rawa and placed under the purview of National Unity and Social Wellbeing Minister P Waythamoorthy.