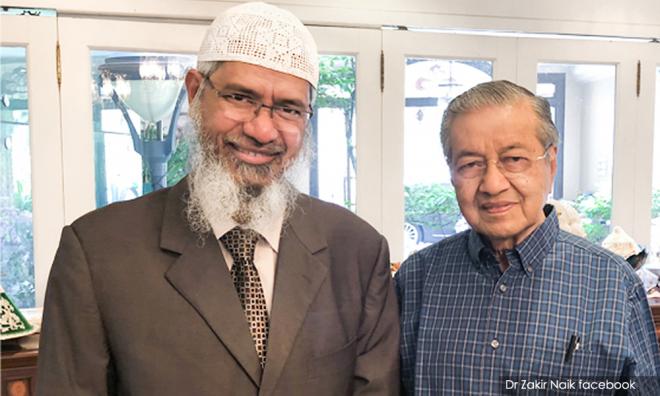 Tun, if Dong Zong is racist, what is Zakir Naik?

As a government member of Parliament, this is my second open letter to you pertaining to the Chinese educationist group Dong Zong being labelled as being a racist by you repeatedly for opposing the implementation of khat lessons in Chinese and Tamil primary schools.

It is wrong to label Dong Zong as being racist as many other organisations from the Chinese and Indian communities, the Malaysian Consultative Council of Buddhism, Christianity, Hinduism, Sikhism and Taoism, former minister Rafidah Aziz, lawyer Siti Kasim, columnist Azly Rahman, academician Dr Mohd Tajuddin Mohd Rasdi and many other Malay intellectuals who also share similar views and reservations as Dong Zong. Would it be right to label all of them as being racist too?

Going by your logic, Dong Zong is being racist because they seem to be instigating people to fight each other, talking about one community and not taking care of the feelings of other people, and being devoted to entirely to racial propagation of one race and these are - according to you - the traits of being a racist.

Going by your own logic, Zakir Naik would be the racist of the highest order. Why are you ignoring the elephant in the room?

I wish to reiterate that it is wrong for you, Tun, to label Dong Zong as being racist as you are the prime minister of a "new Malaysia" where we believe in resolving controversial issues through rational consultation and discussion.

We Malaysians depend on you for greater national unity and integration after the decades of divide-and-rule under BN and your name-calling of Dong Zong now has only opened the flood gates to a nation in complete disarray yet again.

RSN Rayer is member of Parliament for Jelutong.