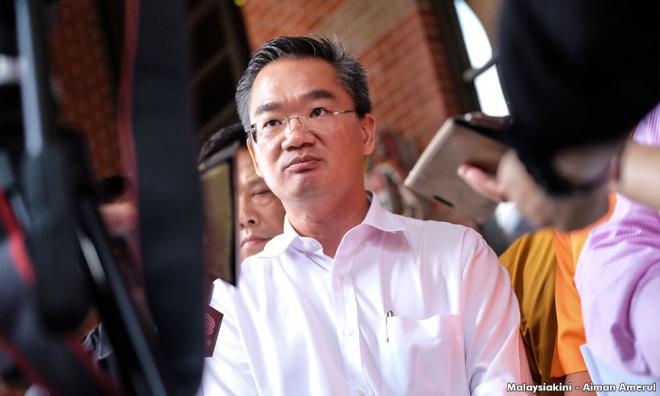 Malacca DAP has called on Prime Minister Dr Mahathir Mohamad to retract his labelling of Dong Zong as "racist", saying the attack had turned the khat issue from an educational one to a racial one.

This is in reference to Mahathir's criticism of the Chinese educationists' group after it branded the government's plan to introduce three pages of khat lessons to the Standard 4 Bahasa Malaysia textbook as a form of "Islamisation".

"Mahathir's remark that Dong Zong is a racist group over the khat issue has tainted an education topic with racial overtones and created a racial rivalry.

"This has created disappointment in the public and we do not agree with such a statement," it said in a statement today.

The five elected representatives who signed said they hoped that in a "new Malaysia", disagreements could be discussed rationally.

They said Dong Zong's role was to defend Chinese education, and its position had nothing to do with racism.

education
politics
race
khat
dap
mahathir mohamad
Related Reports
Liu: Beware of 'creeping Mahathirism'
a year ago
Mahathir out of line with 'Dong Zong racist' claim - Gerakan
a year ago
Yoursay: DAP digs own grave by appeasing Mahathir
a year ago
Neither Mahathir nor Kit Siang are villains
a year ago