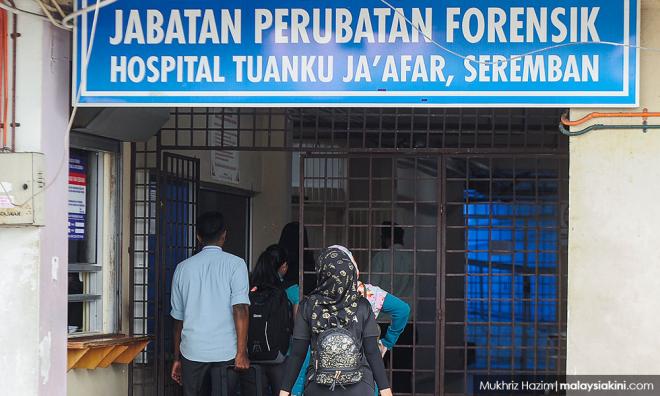 He said the autopsy, which began at 11.45am today at the Hospital Tuanku Jaafar (HTJ) in Seremban, was being conducted by two pathologists, Dr Siew Sheue Feng of Hospital Kuala Lumpur (HKL) and Dr Hanif Mohammad of HTJ.

"Until now we have not received the findings on the cause of death … I can’t say when the autopsy will be completed.

"They are still performing the autopsy; that’s all I have to say for now,” he told a press conference at the compound of Department of Forensic Medicine at HTJ tonight.

He said Dr Aidora Saedon and Sufian Arshad Ahmad of the Chemistry Department and Forensic Department in Petaling Jaya are assisting in the autopsy.

To a question, Che Zakaria said the process of gathering evidence at the scene was ongoing.

"There are no new developments for me to report,” he said.

He said a press conference on the autopsy would be held tomorrow.

The body of Nora Anne, a 15-year-old Franco-Irish special-needs girl, was found yesterday afternoon about two kilometres from The Dusun resort in Negeri Sembilan where she and her family checked in on Aug 3 for a two-week holiday.

She went missing the following day and a massive search-and-rescue operation was launched immediately.