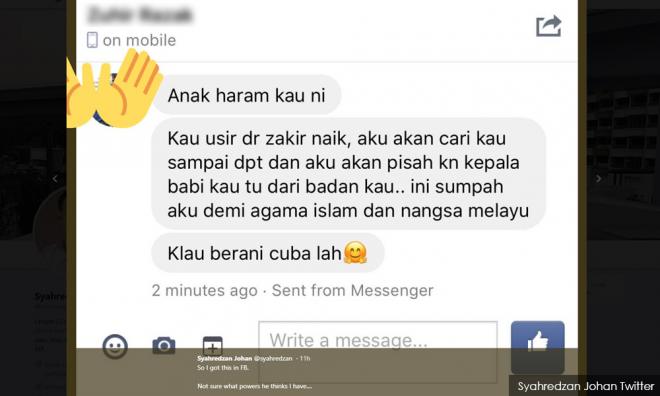 In the report, sighted by Malaysiakini, Syahredzan said he was concerned for his safety and hoped that the police would investigate the threat...