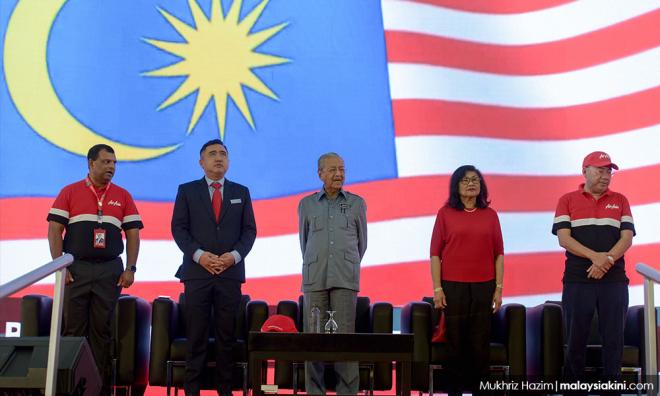 Prime Minister Dr Mahathir Mohamad has expressed his disapproval towards the use of the slogans "Sabah for Sabahans" and "Sarawak for Sarawakians".

This is because he felt that the labelling of Malaysians according to individual territories is not good for the nation.

"I would like to remind everyone we are all Malaysians," he said.

"We may live in Sabah, Sarawak, or on the peninsula, (but) we are Malaysian and we talk like Malaysians," he said at a press conference during his visit to AirAsia’s headquarters in Sepang today.

"This idea of talking about Sabah for Sabahans, Sarawak for Sarawakians and Peninsula for Peninsularians is not healthy," he said.

"We hope that we should always think of ourselves as Malaysians, not as individual territory," he said.

Political parties and civil society organisations in the Borneo states had advocated "Sabah for Sabahans" and "Sarawak for Sarawakians" a couple of years back to call for greater autonomy as they felt neglected by the central government.

He said he considered it unhealthy as Malaysia was a federal state.