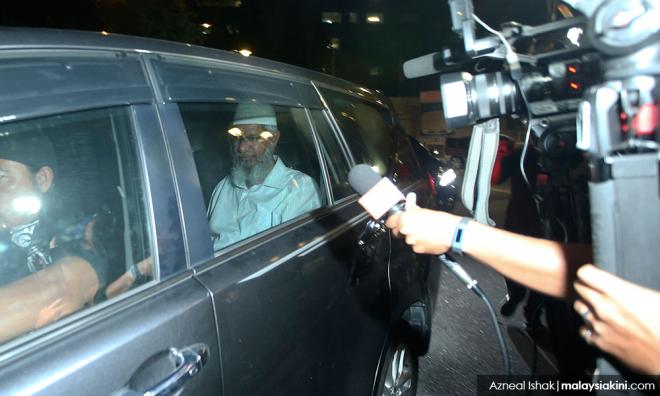 The Indian-born preacher is believed to have reached Bukit Aman before 3pm which when members of the media arrived.

After several hours of waiting, Zakir Naik finally emerged from the station at approximately 8.15pm and was driven off, accompanied by three other persons.