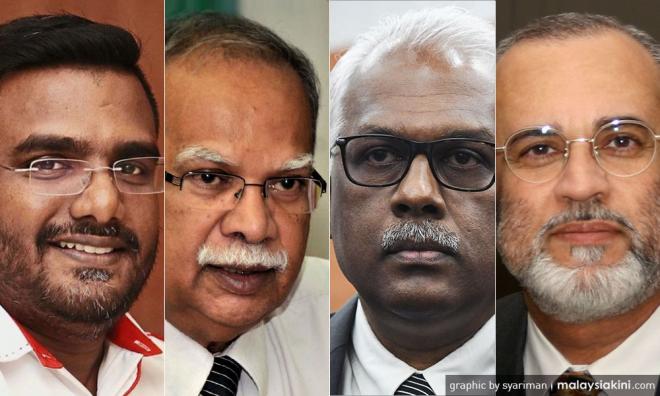 Unperturbed by police reports, Zakir's critics ready to face him

Four individuals have welcomed a police report lodged against them by preacher Zakir Naik.

In a statement today, Ramasamy believed that Zakir's lawyers may also be sending legal notices against his critics for "defaming" him in the media.

"I can’t wait for the legal notice threatening me for defamation," he said, adding that he was prepared to face the preacher in court.

"My battle against Zakir is not a personal one but in the larger interests of Malaysians who want peace and harmony in the country free of hatred and malice," he said.

In the police report lodged yesterday, the Indian-born preacher accused the four as well as Human Resources Minister M Kulasegaran of defaming him with their statements and articles.

This was in regard to his remarks in Kelantan on Aug 8, which were deemed to have been disrespectful to Hindu Malaysians.

" I will proof (sic) that I did not misquote Zakir. I am a Malaysian citizen and an elected representative. I acted in the interest of the nation, its people, our racial unity and national security," he said.

Meanwhile, Satees told the Malay Mail that, unlike the preacher, he would not be running away.

"Police can investigate, and charge me, if there’s a crime element in my statement.

“But I won’t run to India or some other country, and hide behind (Indian president Narendra) Modi or others, to play victim.

"We will face the law in our motherland. Unlike the person who lodged the report,” the DAP representative said.

This was a jab at Zakir, who is wanted in India on money laundering charges.

As for Ignatius, the former diplomat was also unapologetic over his criticism of the preacher and said he would co-operate with the police.

Police at Bukit Aman yesterday grilled Zakir over his remarks about both Hindu and Chinese Malaysians.