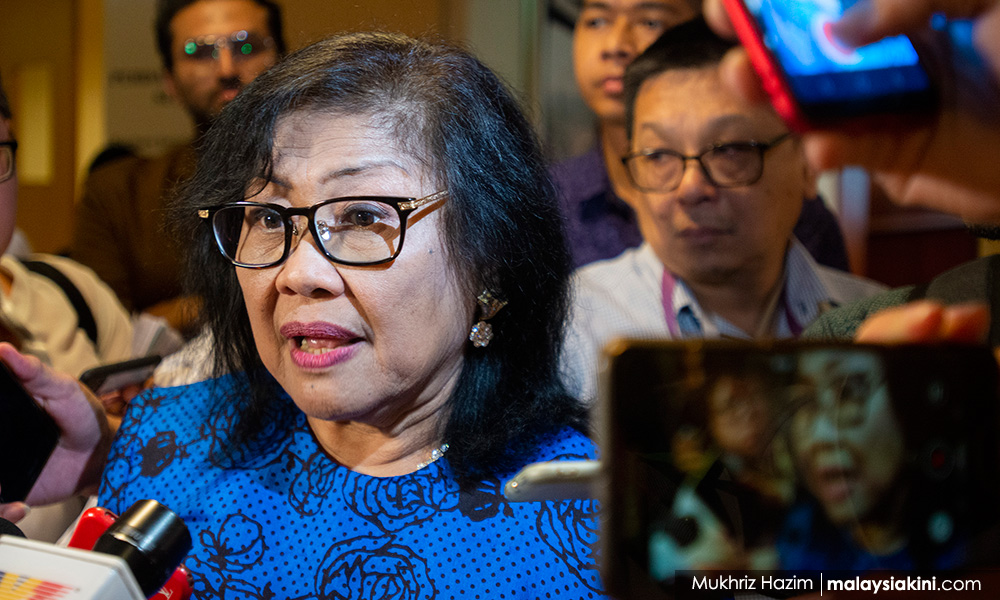 Every single Malaysian has an interest in seeing the country succeed, and youths in particular no longer have the luxury of being mere armchair critics, according to former minister Rafidah Aziz.

In her speech to some 500 participants at a students' summit in Kuala Lumpur, Rafidah warned against social media’s potential to trigger destruction within a nation and beyond.

"Everyone who is a stakeholder in this country has an interest to make sure Malaysia functions and succeeds.

"We cannot afford the luxury of merely being armchair critics," the veteran politician said in her keynote speech at the Malaysian Student Leaders Summit XIII 2019 organised by the United Kingdom and Eire (Ireland) Council for Malaysian Students.

Pointing to an unnamed Malaysian in London who had a penchant for criticising the country from afar, Rafidah said it was unfortunate that more young people are becoming motivated to turn into similar armchair critics on social media.

"Sometimes, even to find one good value-adding criticism is so difficult because they start condemning everybody and using words that irritate and make people upset and angry.

"Most of that (criticism) is not true. There is no sense of responsibility," she said.

"So in Malaysia please, as an older person and your grandparents’ peer, I'm begging you young people of Malaysia to please do not use any avenues such as social media to directly or indirectly destroy our own country.

"Destruction is not only by nuclear bombs but also by poisoning minds, by weakening motivation," she said.

"That is the worst thing that could happen to a country," said Rafidah, who also raised concerns over Malaysians’ increasing preoccupation with playing up race and religion as a divisive force.

Her remarks today came in the wake of recent heated discussions over issues such as the khat controversy and status of controversial preacher Dr Zakir Naik, which often touched on racial and religious sensitivities.

race & religion
social media
rafidah aziz
youth
Related Reports
Rafidah: Stop 'playing a role' and take responsibility for nation-building
a year ago
Cops to question Zakir, Yew Yin on Monday, Dong Zong soon
a year ago
Unperturbed by police reports, Zakir's critics ready to face him
a year ago
Anwar must reveal his stand on Zakir Naik
a year ago