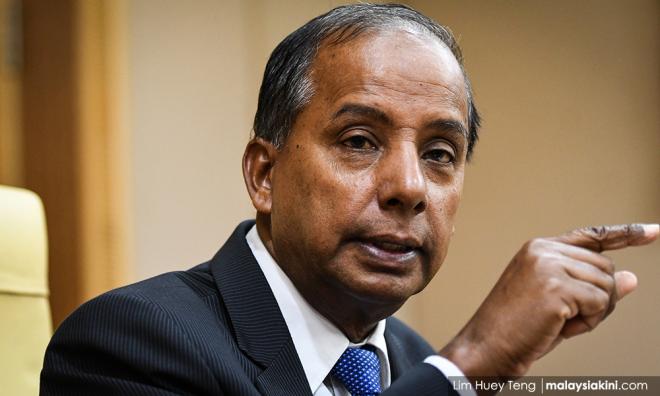 Human Resources Minister M Kulasegaran has refused to apologise to preacher Dr Zakir Naik, despite a legal notice urging him to do so over allegedly defamatory remarks.

Kulasegaran, who is in Japan on official business, said Zakir need not wait for a reply and can initiate legal proceedings.

"He should advise his lawyers to file proceedings, if he is serious, as I am steadfast in fighting this matter, come what may.

"Rest assured that I will not cower and run to another country to seek refuge. As soon as work is over, I will return to my motherland and defend the unfounded allegations against me without fear.

"I welcome the opportunity to confront bigotry and anti-Malaysian sentiment on behalf of the people who voted for me and who rely on me to safeguard this country," the minister said in a statement today.

In the letter of demand sent to Kulasegaran's office yesterday, the minister was alleged to have defamed Zakir in a press statement issued on Aug 13 which criticised the preacher's speech in Kelantan.

Zakir's lawyer Akberdin Abdul Kader said Kulasegaran's press statement imputed that their client was a dishonest person who would abuse the Islamic religion for selfish purposes and had dishonestly accused Hindu Malaysians of being disloyal to Malaysia.

Kulasegaran was also accused of imputing Zakir of attempting to cause disharmony among Malaysians, that he did not deserve to be accorded permanent resident status, of saying that Hindus in Malaysia are more loyal to Indian Prime Minister Narendra Modi than Prime Minister Dr Mahathir Mohamad and that the preacher is partisan in Malaysian politics.

Akberdin said all the allegedly defamatory statements were untrue and designed to subject their client to public odium and humiliation.

Besides the letter of demand, Zakir also lodged a police report against Kulasegaran and four others for alleged defamation over the same issue.