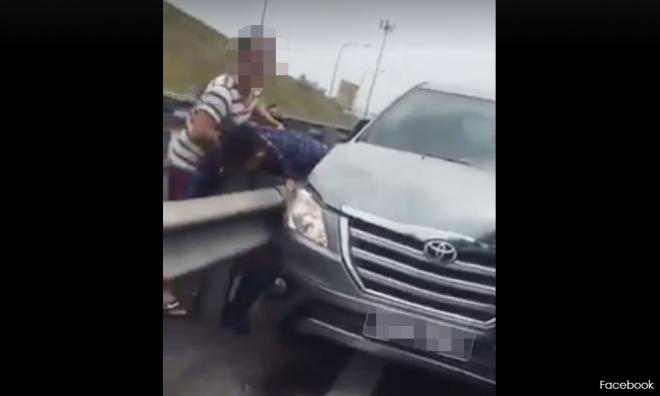 Police have obtained a five-day remand extension for a suspect to facilitate investigations into the death of a 29-year old man, with whom the suspect and his wife had argued over a car accident on the Plus Highway.

The 40-year old man has been remanded until Aug 22, while his wife, 36, has been released, said Selangor criminal investigations department chief Fadzil Ahmat in a statement to the media.

The couple had been previously remanded since Aug 11 following the death of Syed Muhammad Danial Syed Sakir, 29, in the incident on Aug 10.

Videos of the altercation between Syed Muhammad and the suspect, recorded by members of the public, had been circulated on social media.

Preliminary police investigations revealed that the victim's car had rear-ended the couple's vehicle at the Sungai Besi toll plaza heading south along the highway, which led the two vehicles tailgating each other.

Both vehicles stopped at an exit after the Bandar Baru Bangi junction and a fight broke out.

While other road users had intervened and diffused the situation, the upset victim swung at the suspect's car with a baseball bat.

The suspect, who was reportedly in a state of panic, accelerated his vehicle. This caused the victim to be pinned between the car and the road divider.

Syed Muhammad was pronounced dead at the Nilai Medical Centre on the same day.

Police had recorded statements from at least 12 witnesses over the incident.