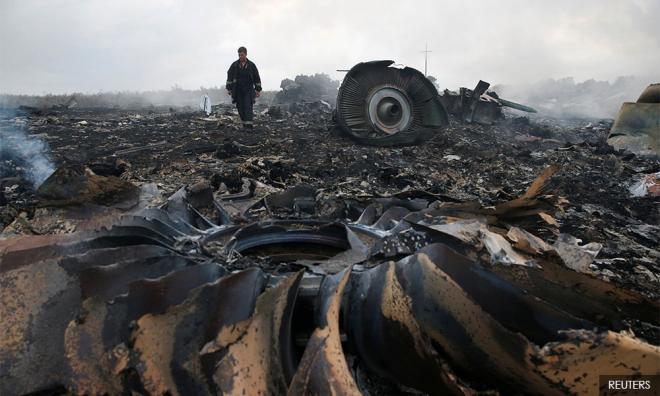 Social activist Chandra Muzaffar today said questions need to be asked about the murder trials of three Russians and a Ukrainian suspected of gunning down Malaysia Airlines flight MH17 over Ukraine five years ago.

Speaking on behalf of the International Movement for a Just World and the Perdana Global Peace Foundation, both of which he helms, Chandra said he would write to Prime Minister Dr Mahathir Mohamad expressing the NGOs' concerns.

“Our concern is the judicial process initiated by the Dutch government and their Joint Investigation Team on MH17,” he said according to Free Malaysia Today.

Saying there were “many flaws and unanswered questions” in the judicial process, he feared that that family members of the crash victims would not see justice.

Chandra also alleged that the investigations were biased against Russia and asked why Malaysia had been excluded from the Joint Investigation Team in the beginning and brought in only later.

He also highlighted alleged changes made to MH17’s flight plan at the eleventh hour.

Mahathir himself had criticised the JIT’s findings saying that they were geared towards a predetermined conclusion that Russia was behind the shooting.

Murder charges were filed in June against Igor Girkin, Serget Dubinsky, Oleg Pulatov (Russians who had served with military intelligence) and Leonid Kharchenko (a former Ukrainian commander). Hearings are due to commence on March 9, 2020.

Arrest warrants have been issued but Russia has not cooperated with the MH17 investigation and is not expected to surrender the four men.