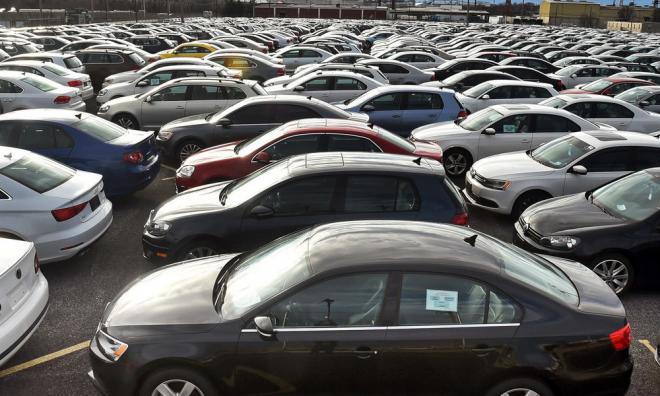 Yoursay: Is it necessary for M’sia to produce a third national car?

Or is the company boss saying DreamEdge hopes to design, but since it doesn’t have the required facilities, it will rely on others like DRB-Hicom to manufacture the cars?

In that case, in what sense can DreamEdge be called the anchor company? It is not even the ship for this project. Maybe just the bow.

In any event, what blows my mind away is - it will still be a combustion engine or hybrid. Are they going to buy the Campro engine from Proton, an expensive battery technology from a third party, or are they going to research and develop on their own?

All these questions make me doubt the value of this third national car when it is still stuck at mid-level manufacturing mentality. I thought the idea is to advance science and technology with innovations such as developing a completely electric car, maybe even autonomous driving technology.

Also, the question of not being publicly funded is a lie because the government has announced it will provide a research grant.

Although the government announced no money would come from the government for the third national car project, I wonder where the initial grant announced in (Finance Minister) Lim Guan Eng's budget speech last year would be going to?

Would there be any excise duty reduction and exemption for the products of this company? What about revenue lost then?

Anonymous_1392781899: For a start, we presume the government will provide grants and tax incentives to this company as it does research based on the government guidelines.

Grants and tax incentives come from taxpayers. So indirectly the government is funding them.

What percentage of market share will the third national car need in order to survive when you already have Toyota, Honda, Perodua and lately the revived Proton to compete with?

There is no way it can break even with such a small market.

The car industry is so competitive that having volume is the key to survive. With technology changes happening so fast, huge resources are needed to stay competitive in terms of research and development (R&D), and innovation.

Justiceisserved: Instead of focusing on implementing the important matters listed on the Pakatan Harapan election manifesto, the government is more interested in non-beneficial things like flying car, electric car, introducing khat in vernacular schools and now, a third national car.

Appum: DreamEdge, we wish you the best in your undertaking. But we all know you are going to face tough times ahead.

Please promise you are not going to ask for government assistance in creating barriers for other cars to favour your survival. We are more keen for the government to dismantle "protection" taxes to make cars here cheaper to buy.

Please ensure you are not going to get our government to bail you out if you fail.

We admire your courage in such an endeavour where pride and emotion overtake all criteria of viability.

Anonymous_d9ebfdab: You got to be kidding. Having announced the third national car and expected to start production and delivery soon, but have not yet decided on what type of car to start with?

Anonymous_4031c: I expect this project to fail miserably. As it is, they are tying up with another Japanese car company, so it’s just like Proton with Mitsubishi all over again.

If you want to fly the national flag and make the country proud, get your own R&D to come up with a car for the future that is fuel efficient or fully electrified.

Dumdeedum: What is the point of a third national car when the first two can’t even compete against international competitors without protectionist policies in place?

Coming to an “understanding” rather than an agreement with Daihatsu to manufacture your car is also sketchy.

In addition, Daihatsu hardly inspires any confidence in the car manufacturing sector. What is their latest and greatest model they have produced?

Fair Minded Senior Citizen: This is a dead duck even before it gets started.

We never seem to learn. Daihatsu is a low-end car manufacturer and you will end up with one of their unwanted engine designs.

Luckily, public funds are not thrown in for the office bearers in the company to loot it. I hope I am wrong for the sake of the investors.

SubieFan: Perodua cars are basically Daihatsu cars. And the Japanese parent company is Toyota. So now, we are going to have two local companies producing cars that are based on Daihatsu cars.

The Malaysian car industry is supposed to move into hybrid or electric cars, yet the country is nowhere there.

We have seen giant car manufacturing companies folded or sold to new owners under pressure of competition. Volvo, Nissan, Fiat, and Jaguar are just some of the famous car companies that have faced troubles in the past.

Yet, here we are thinking that we can do better and succeed without having a proper plan in place first. Best of luck.

Kangkung: It always starts with a 'DreamEdge' and when they are walking on a knife's edge, the rakyat's money will be used to save them from the edge of the cliff.