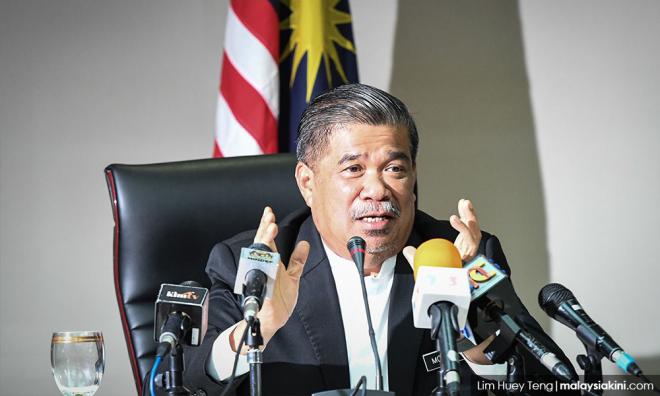 The search for two Sarawakian officers from the Fourth Battalion of the Royal Ranger Regiment (4RRD), missing since July 20 in Pulau Perak, Kedah, will be intensified as soon as new signs materialise, said Defence Minister Mohamad Sabu (above) today.

He said the army was continuing with efforts to trace the men but at the same time, needed to comply with standard operating procedures pertaining to the search for missing personnel.

The two officers, Cpl David Edmund Rapi and L/Cpl Moses Logers who were based at the Bukit Cowder Camp in Perlis, went missing while on duty during Op Pejarak, an operation of the Royal Malaysian Navy in which army personnel were stationed at two islands in the waters between Perak and Kedah.

Mohamad added that the ministry had met with the two men's families who had appealed for search efforts to continue.

He said this at a press conference after the presentation of 156 Pingat Jasa Malaysia (PJM) and 44 Pingat Kedaulatan Negara (PKN) awards by the Defence Ministry to army personnel during a ceremony at RASCOM Camp in Sibu.

The awards comprise campaign medals which reflect the government's recognition of a recipient's heroism, bravery, sacrifice and loyalty to the country.

They were awarded to the 200 officers specifically for their service in protecting the country during Ops Daulat in Lahad Datu in 2013 which had been aimed at countering the infiltration of armed intruders from the southern Philippines.

Mohamad also said the proposal for an allowance to be given to all PJM-holders throughout the country was being studied by the Finance Ministry.

Adding that the quantum of the allowance was a second matter to be looked into, he stressed "what is important is that the appreciation is given. This is what the ministry is working on now".

On another matter, the minister said the government had approved an allocation of RM79,684,000 this year, to be provided to 159,368 veteran army officers with and without pensions, and who belong to the B40 income group.

Payments began on May 27.