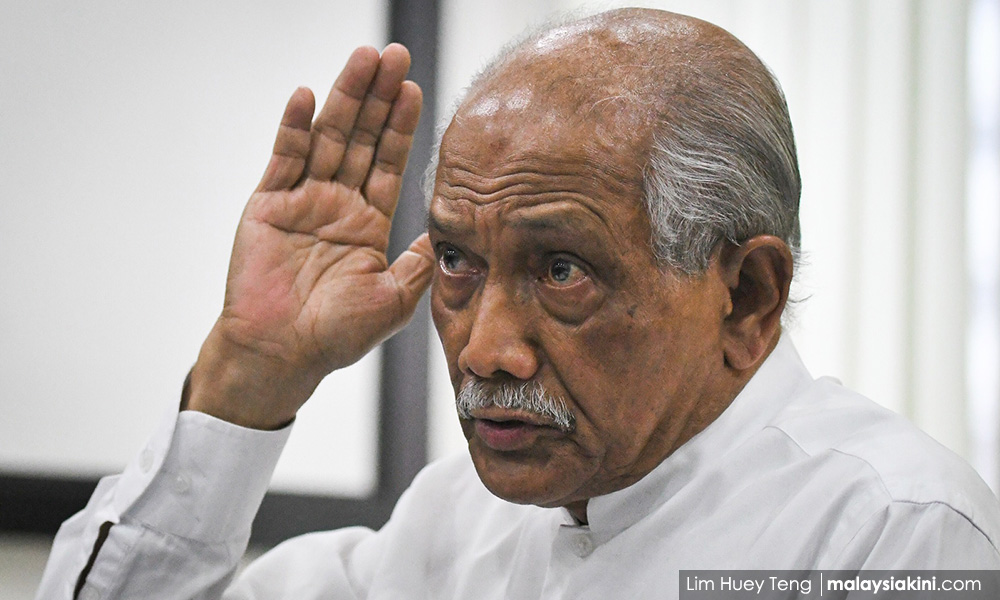 Ex-IGP joins chorus calling for Zakir Naik to be deported

A former top cop has urged Putrajaya to revoke Dr Zakir Naik's permanent residency and deport him to India.

The Star quoted former inspector-general of police Abdul Rahim Noor as saying that while investigations are ongoing against the preacher, he believes there are enough reasons for the government to make its decision.

"With solid evidence of what he said in Kelantan and what he (allegedly) did in India, I urge the government to revoke Zakir’s PR status and hand him over to the Indian government and let him face the laws there," he said.

Rahim noted that Prime Minister Dr Mahathir Mohamad had previously said the government would consider revoking Zakir's PR status if it is proven that he committed criminal offences.

"However, my personal view is he had touched on religion and other matters that hurt the feelings of non-Muslims in the country, especially the Hindus.

"We should not wait for the outcome of the investigation," he was quoted as saying.

In an Aug 8 talk on the spread of Islam in the Malay archipelago, Zakir claimed that Hindus here seemed to trust the Indian government more than Mahathir, while also stating that "old guests," referring to the Chinese, should "go back first" before he does.

For the record, he insists that his remarks about both Chinese and Indian Malaysians were taken out of context.

Rahim further said that those who disagree with his stance on Zakir should ponder why many other Islamic preachers in India do not find themselves in trouble with the law.

“There must be something that he did in his home country that is against the law, as he was put on the wanted list by Indian authorities.

“We don’t need foreigners to come here and use religion to incite chaos and trouble," he said.

'No shortage of local scholars'

While events featuring Zakir in Malaysia have attracted large support, Rahim said the Mumbai-born preacher should be responsible for his actions and face the consequences.

"He must be responsible for his actions and face it, as the Malays say, 'berani buat, berani tanggung” (reap what you sow)."

“The country should not be a pak sanggup (to blindly accept) in taking him in as we have no shortage of Islamic experts or scholars in the country," stressed Rahim, who also questioned the previous administration's move to grant Zakir PR status.

"Zakir is wanted by the Indian authorities in connection with his activities that infringed on the laws there, and yet why did our country easily accept him then?

"I find it strange that the then government approved his arrival in Malaysia and subsequently granted him PR."

The Indian-born televangelist is wanted back in his home country to answer to criminal charges related to money laundering. He has, however, denied any wrongdoing.

Yesterday, Mahathir said that Zakir appeared to have ventured into "racial politics" with his remarks and gone against the terms of his PR status.

The preacher's statement was taken by the police last week. He is expected to continue being probed in Bukit Aman today, after more than 100 police reports were filed against him.

Previously, Putrajaya had refused to deport the preacher despite requests from India, saying he may not receive a fair trial there.