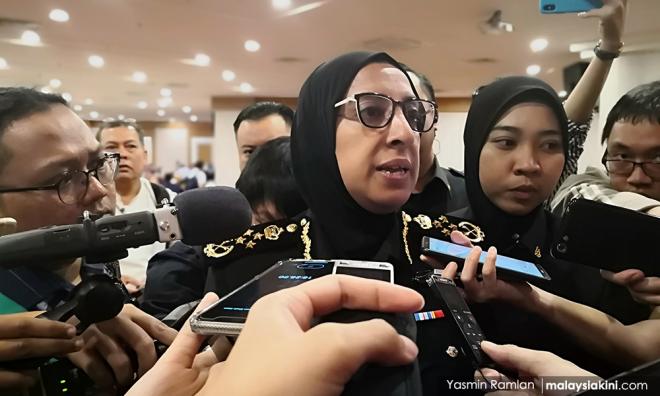 MACC chief commissioner Latheefa Koya today expressed her concern after revealing that civil servants make up almost half of those arrested for graft.

"Most graft offences involve civil staff from the procurement sector," she said in a speech during the signing of the Selangor government's corruption-free pledge in Shah Alam.

Latheefa said this was even "more alarming" when added to the fact that youth aged 40 and below make up over half the number of detainees, or 53.4 percent.

"A study conducted by MACC also found that 22.1 percent of civil servant respondents said they would accept bribery if they had power or position.

"This must be corrected so the problem of corruption among civil servants can be eradicated," she said, adding that those with power and positions are more at risk of corruption.

The MACC chief also expressed hope that initiatives such as the Selangor government's anti-graft pledge would cause more administrators – especially politicians – to support the fight against graft.

"The support and commitment by Selangor state administrators would indirectly fuel the spirit of all MACC staff to carry out their roles and responsibilities in fighting corruption and abuse of power," she added.