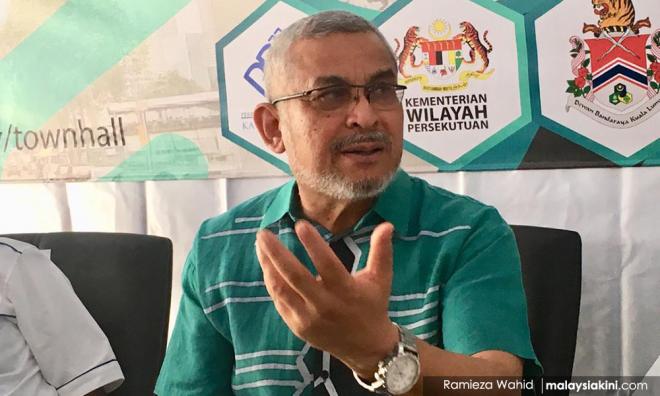 The Federal Territory Ministry today launched a news portal called Wilayahku as a platform to broadcast credible news to address the spread of fake news on social media.

The portal is a continuation of the publication of the Wilayahku newspaper launched on Jan 4. It is managed by Wilayah Media Sdn Bhd, a subsidiary of the Federal Territory Foundation.

Its minister Khalid Samad (photo, above) said it was hoped the people would get the right information through the portal and make the right choice in the 15th General Election and not based on inaccurate information on social media.

"The Wilayahku portal is important to curb the spread of fake news such as those inclined to cause conflict between opposing sides," he said.

He said the book also covers various activities undertaken at the FT ministry and agency levels and features 10 key achievements through development in Kuala Lumpur, Putrajaya and Labuan over the past year.

On another issue, Khalid said he was still waiting for the official reports from the Department of Occupational Safety and Health regarding the cause of the accident involving an elevator in the Kampung Kerinchi PPR flats in Kuala Lumpur on Aug 2.

"DOSH was supposed to prepare the report and I was told it has been submitted to its headquarters. Now we wait for the report to be sent to Kuala Lumpur City Hall.

"I have to get my hands on the (official) report before I can make any comment," he said.

In the incident, eight people were injured when the elevator plunged from the fifth floor to the ground floor.