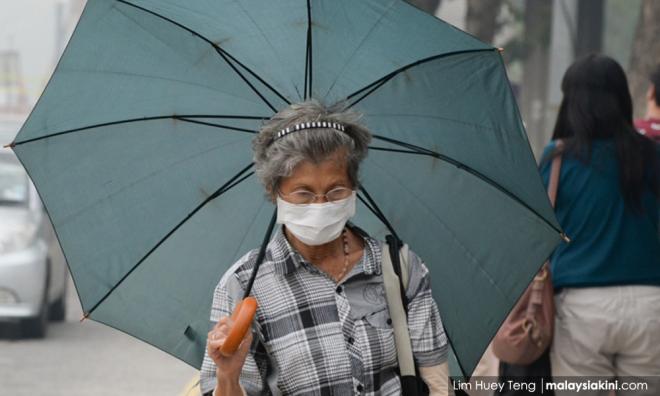 The Sarawak state disaster management committee decided on five plans of action to handle the drought that is expected to prevail until October.

Sarawak Welfare, Community Wellbeing, Women, Family and Childhood Development Minister Fatimah Abdullah said the plans include the deepening of Sungai Bayai in Batang Undup, placing sandbags to act as a dam to increase the water level at the submersible pump and clearing of leaves that clog the raw water flow.

She said in Kuching today that water tankers would be sent to affected areas in Sri Aman and water outlet centres opened at the government flats in Jalan Kedang and the Sri Aman Public Works Department.

Meanwhile, committee chairman Amar Douglas Uggah Embas said 26 forest fire hotspots had been detected in the state with Miri, being the worst affected by the haze in the state, with seven hotspots.

“As for the air pollutant index (API), Miri and Kuala Baram are at hazardous level and Sri Aman at 'very unhealthy' level while other stations are at a moderate level," he said.

Uggah, who is also the Deputy Chief Minister, said El-Nino and strong winds aggravated the fires.

On the haze affecting students, he said only the principal could decide whether to close their respective school.

“According to the standard operating procedure, if the API reaches 200, the school should close but it is up to the head concerned," he added.