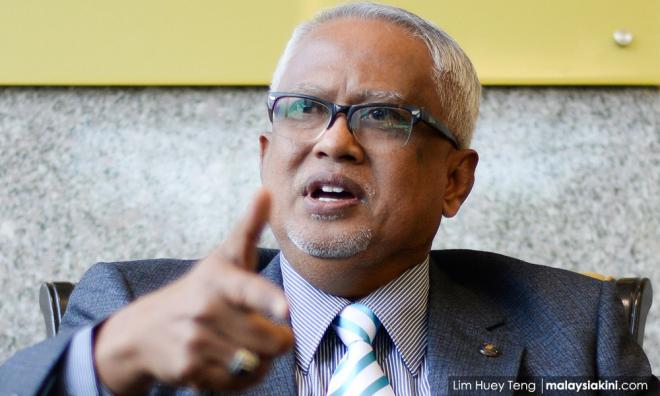 The Human Resource Ministry, through the Social Security Organisation (Sosco), offers assistance to secure new employment for employees of Utusan Melayu (M) Berhad who may lose their jobs due to the company’s financial position.

Deputy Minister Mahfuz Omar (photo, above) said today Socso will try to get matching employment for the employees.

He also said contributors to the Employment Insurance System (EIS) can claim various benefits if they lose their jobs.

“If they lose their jobs, we will make payments. In the case of Utusan staff, we have assisted some of them to secure jobs, but in other sectors,” he said when asked to comment on the situation faced by Utusan staff.

Mahfuz had earlier handed out contributions to 300 students of his Pokok Sena parliamentary constituency who qualified for studies at institutions of higher learning.

On the EIS, the deputy minister said since Dec 1 last year, workers who lose their jobs and have contributed a minimum of 11 months are eligible for the full benefits under the EIS, such as Job Search Allowance (JSA); Early Re-employment Allowance (ERA) and Reduced Income Allowance (RIA).

Mahfuz also said the ministry has met with the National Union of Journalists (NUJ) and the Utusan management to discuss payments under the Voluntary Separation Scheme (VSS) for staff taking that option.

However, the VSS payment got postponed and there was a delay in the payment of employee salaries.

“This should not have happened. We met with the Utusan management and NUJ again but I have not received any information on that meeting,” he said.

Yesterday, more than 100 Utusan Melayu employees staged a demonstration outside their headquarters seeking payment of the arrears of salary for two to three months.

They were informed that the company will have to cease operations if there is no solution to paying their salary arrears.