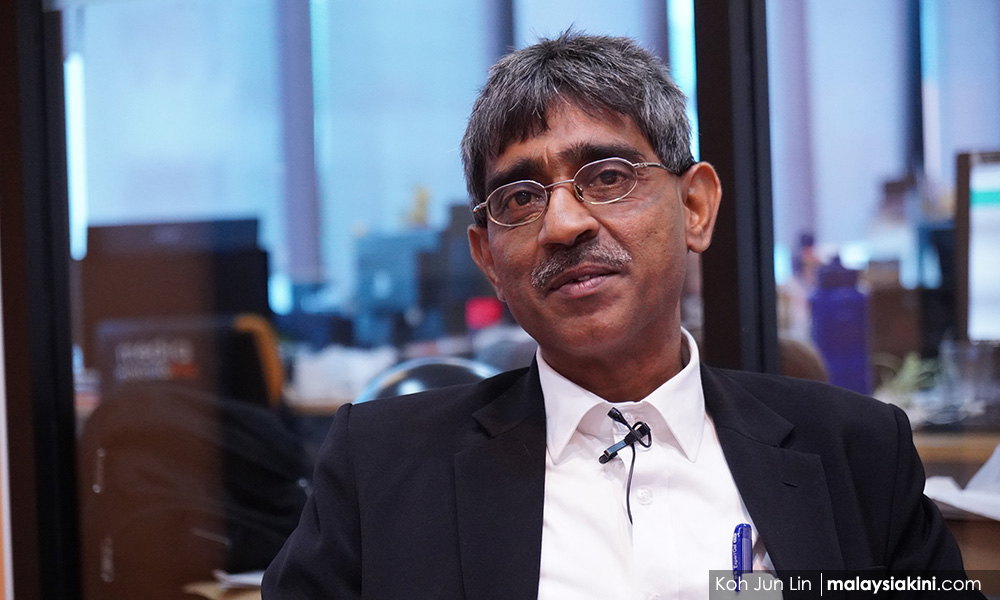 'To err is human, to apologise is noble' – Lawyer asks M'sians to be gracious with Zakir

Lawyer Haniff Khatri Abdulla has asked Malaysians to accept Dr Zakir Naik's apology and put an end to the controversy surrounding his remarks about Chinese and Indian Malaysians.

In general, he said as a permanent resident, the Indian-born preacher does not have the expertise nor the right to make a statement regarding the nation's history and Malaysian populace.

“But as a just and caring society, we should research, view and judge the background and context in which Zakir made the statements as explained by him and how it was portrayed in the media,” he added in a statement this evening.

Haniff, who has acted for Prime Minister Dr Mahathir Mohamad on several matters, said Malaysians should be magnanimous in accepting Zakir's expression of regret.

He felt the issue should not be prolonged and the focus should return to more important issues concerning the nation.

“To err is human, to apologise is noble,” he added.

Referring to the calls for the government to revoke Zakir's permanent resident status, Hanif noted how despite the Indian authorities accusing him of money laundering, the Interpol has refused to issue a red notice against him.

“It cannot be denied that Zakir is qualified and an expert in the field of comparative religions which is a branch of theology. It is a subject explored by religious scholars of all faiths and is also a field of research in international universities.

“In other words, a branch of theology is not a crime,” he added.

Haniff pointed out that the Federal Constitution states that Islam is the religion of the federation and allows for Islam to be propagated to those of other faiths while barring the propagation of other faiths to Muslims.

“Therefore, it is legal for Zakir to deliver comparative religion talks to all Malaysians, including those of other faiths and converting non-Muslims through his speeches,” he added.

Previously, Mahathir said Zakir's permanent resident status would depend on the outcome of police investigations into his remarks during a recent ceramah in Kelantan.

The premier also said the preacher had overstepped the line when he touched on racial politics.

Earlier today, DAP lawmaker Ramkarpal Singh said the authorities must not be influenced by Zakir's apology and the decision regarding his status should be based on whether he contravened the conditions of being a permanent resident.

Following a marathon questioning session at Bukit Aman exceeding 10 hours, Zakir, this morning, apologised for the hurt caused by his remarks.

The preacher said he was not a racist and claimed that his remarks were "used selectively with fabrications added to them."