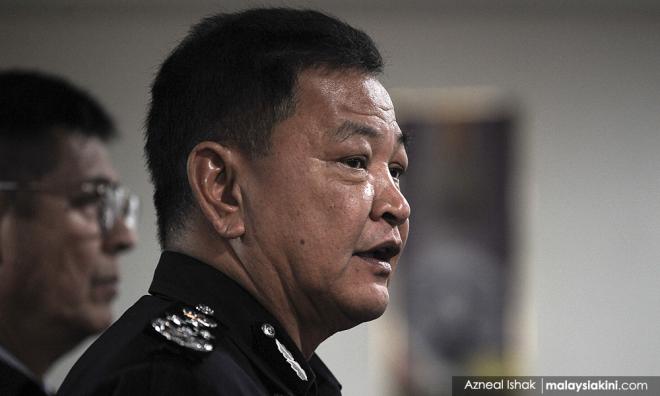 No more warnings to all who incite racial issues, says police chief

No more warnings will be given to those who try to incite racial and religious sensitivities, says Inspector-General of Police Abdul Hamid Bador.

Hamid said those involved, including political leaders, will be investigated and arrested immediately.

"I will not hesitate to arrest them (those inciting racial issues). I have instructed my men to investigate cases classified as involving religious and ethnic sensitivities.

Hamid said many had been led astray by certain agendas created by irresponsible parties to create unhealthy situations in the country.

He added that the deceived individuals then shared unconfirmed news, recorded racist videos and posted them on social media as well as insulted and ridiculed the country's leaders.

"I urge the public not to be fooled by the political games of certain parties. Before they realise it, they are trapped, and the person who viralled the video has no clue how it all started and is eventually arrested and charged.

"My advice is to not act recklessly and emotionally," he said, adding that such acts of disrespect had left the people confused, scared and the country looks as if it were in chaos.

Hamid said various racial issues have been resolved by the police to ensure peace and order prevailed.

"I call on political leaders to have a sense of responsibility this month (National Month) because we want to celebrate National Day.

"Many irresponsible statements are made. They (political leaders) should be held accountable after we had successfully upheld the democratic process (in the last general election).

"Now it's like a total mess. All races and the people are afraid of what is going on in our country. Be responsible. Do not issue statements without thinking. Stop all this," he said.

Social media platforms also off limits to Zakir Naik - IGP
20 Aug 2019
Move on from racial sentiments and siege mentality, Anwar tells Redzuan
20 Aug 2019
'To err is human, to apologise is noble' – Lawyer asks M'sians to be gracious with Zakir
20 Aug 2019
Mufti firm on Zakir not being allowed to preach in Penang
20 Aug 2019