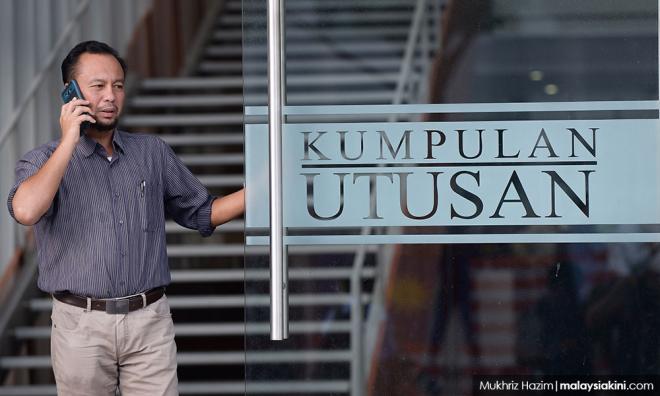 COMMENT | This month, as people gear up for the Merdeka Day celebrations, employees and families of two major media companies will not have much to cheer about.

At the state wire agency, Bernama, employees are left wondering if they will have to sacrifice their dues for the Employees Provident Fund (EPF) in order to get paid, while those in Utusan Malaysia have earned a short reprieve after news they may lose their jobs. The former is a state agency and the other, a public listed company.

Utusan and Bernama have not had much public support for the kind of reporting they engaged in. Coverage was exclusionary with a focus on pro-government voices, and with Utusan, there was always the tendency to spew xenophobia.

Regardless of whether we support their political position and journalism practices, one thing is clear: these media have been vehicles to serve particular political agendas under the Barisan Nasional government. Now, the chickens have come home to roost.

The employees find themselves caught in this quagmire for two main reasons: the long history of political control and bad management and employment practices, which were made possible due to the political patronage they enjoyed all these years. Unchecked political and state ownership of media comes at a high cost.

With Utusan in particular, its legacy as a bold newspaper fighting the colonial agenda and championing the plight of the Malay community, came to an end with Umno's takeover in the 1960s. In recent decades, it turned its campaign against anything and anyone deemed to challenge Malay rights and Islam, and by extension, Umno leaders.

That is a wide net to cast, and cast it did, earning itself many defamation suits from politicians and activists, and where the courts have tended to rule against the newsroom. Independent-minded journalists were few and their voices often drowned in the organisation. But the newspaper and its enterprises survived, often getting exclusive rights to the government budget allocation for advertisements and other projects.

Bernama is more restrained when it reports, but it is without doubt a government agency. Its employees are civil servants and accept that they serve the government of the day. The reporting, with some exceptions, is official and based on cue journalism. The exceptions I refer to are the occasional stories from remote areas or by courageous journalists wanting to make a difference. Like RTM, Bernama exists for a very specific purpose and that is to populate the information ecosystem with state-sanctioned narratives.

In a bid to secure the Malay agenda, both through the Umno-owned newspaper and the civil service media, the shoddy management at the organisations were tolerated and funds continued to be poured into them. Politics were the priority. Today, as Utusan employees struggle, those on the outside question why they should support the newspaper when the latter had turned against the public.

This leads to the second issue, which is the weak protection for workers in Malaysia, including those working in the media. In the case of Bernama and Utusan, the employers have failed to provide for the welfare of their employees, leading to the non-payment of salaries and the eventual closure. Utusan journalists have complained in the past about how they would not get support for safety equipment or adequate allowances when covering difficult situations (floods, disasters, etc). Non-payment of salaries in Bernama has occurred before.

The weak representation is partly a legacy of the neo-liberal policies and industrialisation that put profits before people, and the systematic crushing of unions in Malaysia. In the case of the media companies, it may have been politics before the people. Despite having representation through the National Union of Journalists (NUJ) and unions for civil servants, weakened over the years, the staff have little recourse and are at the mercy of the management.

The case is more dire with the state and private broadcasters, where the practice is to offer short-term contracts with almost zero benefits. So don't think of falling sick, or complying with statutory requirements (EPF and Socso). Ask any deejay/host or producer and they will say their lives are on a short leash. How these practices have continued without proper oversight is indicative of the overly powerful management and the absence of representation for fair working conditions.

The leadership of both Utusan and Bernama have taken their media down a path that has little chance of recovery. They have missed the technological adaptations and innovations needed to survive in an already difficult environment, but they also ignored the ground sentiment and set themselves too far apart from the Malaysian public.

Umno failed its constituents and has sacrificed honest wage earners, because it ran a dishonest political and business enterprise. Will the party and the top management take full responsibility for hanging the Utusan staff out to dry like this after using them for their own agendas?

This ought to be a lesson for all in the media as they chart their way forward. Employees - be they journalists, photographers, videographers, editors, clerks or printers - should mobilise to demand better working conditions and for their companies to set the course right in terms of being independent, professional and accountable.

I empathise with the Utusan employees and do not wish for such sufferings upon anyone. But they are at the heart of two converging evils - the uncaring and unfair corporate practices as well as the manipulative political control. Will they be bought over by another media corporation or business tycoon and how will their fates look like? Or will we have to mourn over the eventual closure of Utusan and maybe Bernama?

Kind words will be hard to come by and we can only hope the staff will have options for alternative employment. In the meantime, journalists and editors have pressing questions they should be asking their owners if they want to remain in the market.

GAYATHRY VENKITESWARAN is an assistant professor at the University of Nottingham Malaysia, where she teaches media and politics. She is a PhD researcher on media reforms in Myanmar and Indonesia.