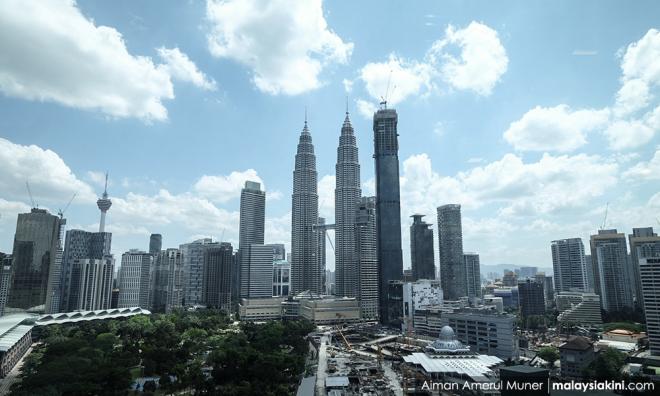 A programme to attract wealthy foreigners to live in Malaysia has drawn 251 applications from Hong Kong residents this year, compared with 193 approved last year from the Chinese-ruled city, a government official said.

Property consultants said interest in the Malaysia My Second Home (MM2H) initiative has surged among residents of the Asian financial hub, rattled by anti-Beijing protests that began more than 11 weeks ago.

Real estate agents expect Malaysia and Thailand to benefit the most from some Hong Kong residents' frustration over the second bout of lengthy demonstrations in five years in the former British colony, which returned to Chinese rule in 1997.

"The push factor from Hong Kong will definitely make Malaysia one of the best alternatives for a new location to reside," said Sharifah Ikhlas Aljaffree, the director of the programme run by the Tourism and Culture Ministry.

"Our strength lies not only in our nation's friendliness, affordable cost of living and high quality of life (healthcare included) but also the stability of our economy and politics plus our developed infrastructure," she told Reuters.

Sharifah said the programme had received this year a total of 3,500 applications by Tuesday, versus 6,279 in 2018. None of this year's applications had been approved, she said.

It was not immediately clear how many applications were received last year from Hong Kong, one of the world's most densely populated and expensive cities.

Hong Kong applicants are on either side of 50 and work in sectors such as information and communications technology, Sharifah added.

Those approved get renewable multiple-entry resident visas and are allowed to buy property valued at RM1 million or more, and own vehicles. But they cannot work full-time without an employment pass, the programme website shows.

MyExpat, an agency that advises expatriates on Malaysia's programme, said the number of its Hong Kong clients had surged in the past two weeks, but gave no figures.

Disquiet over Chinese investment pouring into Malaysia was a factor seized on by Prime Minister Dr Mahathir Mohamad to pull off a stunning upset in an election last year.

One of his targets was the Forest City real estate project on Malaysia's southern tip, being developed by China's Country Garden Holdings Co Ltd.

Singapore was another candidate, though prices in the tiny city-state were five times higher than in Malaysia, he added.

Hong Kong buyers were looking elsewhere in the long term because they faced prices exceeding what 75 percent of the population could afford, he said.

"They would never own a property in their entire life," he added. "The only option is to buy somewhere else."