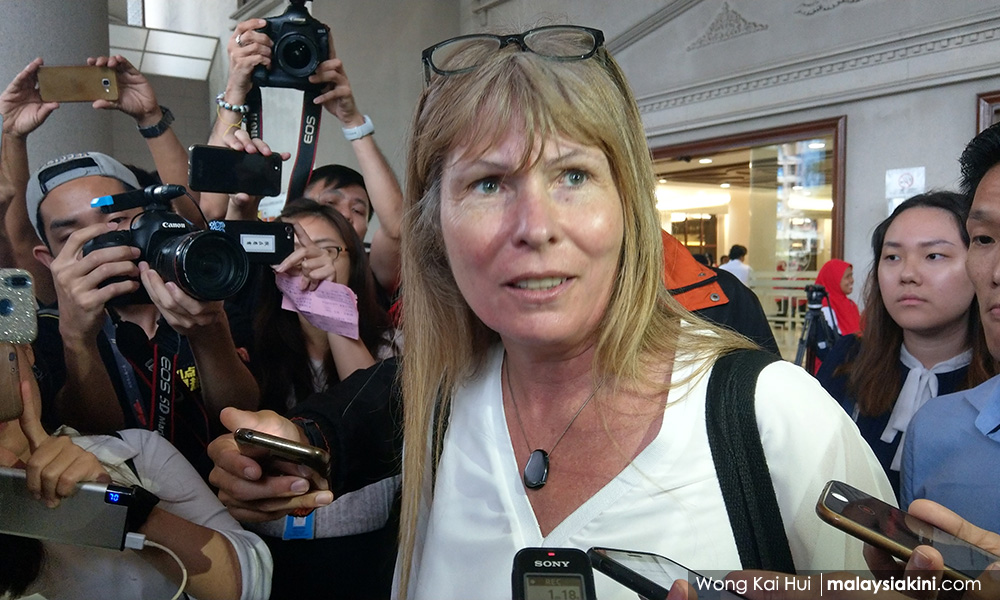 V Mabel Muthayyah, a former secretariat head in the Attorney-General's Chambers, is withdrawing her application for leave to serve a RM100 million writ of summons on Clare Rewcastle-Brown in the United Kingdom.

As Mabel’s counsel David Gurupatham told Malaysiakini today, the writ of summons will be served on the Sarawak Report editor's lawyers in Malaysia instead.

According to Gurupatham, the application for leave was filed at the Kuala Lumpur High Court Registry on Aug 15 to serve the writ of summons outside the country.

"But on Friday last week, we received a letter from Rewcastle-Brown’s lawyers in Malaysia saying that we can serve the writ of summons on them, therefore we need not serve in the UK.

"The next case management is on Sept 17. We will be serving the cause papers on Rewcastle-Brown’s solicitors shortly,” he said.

The RM100 million lawsuit was filed over a 2015 Sarawak Report article, which alleged that Mabel urged the late deputy public prosecutor Anthony Kevin Morais' family to expedite the cremation of his remains and prevent a second postmortem.

Rewcastle-Brown later told Malaysiakini that she was unaware of the lawsuit, saying that she had merely received an email letter of demand seeking RM100 million for lost earnings.

Mabel allegedly lost her job as an aide to the public prosecutor following the publication of the article.

Rewcastle-Brown also noted that the 2015 article had passed the statutory limitation for libel complaints in the UK.

She added that it was not published in Malaysia, because the Sarawak Report site was blocked by the government at the time.

"I have certainly received no formal writ from either jurisdiction that would require a response,” she was reported as saying.