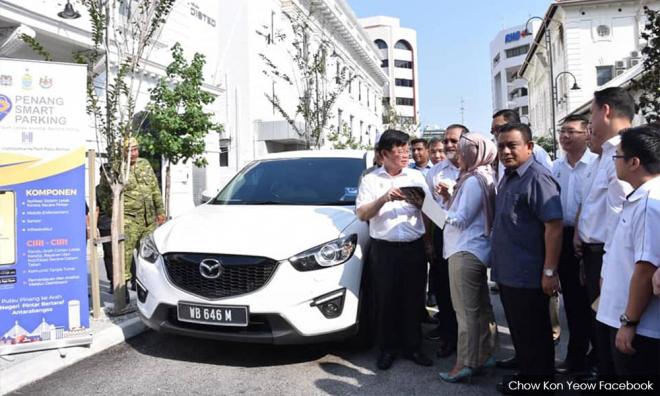 The company responsible for the Penang Smart Parking System (PSP) has said that the programme is a Private Finance Initiative (PFI), refuting news reports that it was paid RM115 million to install sensors for 647 council parking lots in Penang.

In a press statement today, HeiTech Padu Berhad’s (HeiTech) corporate communications department said the firm would bear the costs of implementing the system and operating it throughout the duration of its seven-year contract.

"During this period, the Penang government, Penang City Council (MBPP) and Seberang Perai Municipal Council (MPSP) will not incur any capital or operational expenditures for it," said HeiTech.

The firm was referring to state executive councillor Jagdeep Singh Deo, who had urged the company to explain hiccups and the absence of availability sensors, which were promised to drivers seeking parking lots via smartphones.

However, to date, only 30 sensors had been installed on the island and none on the mainland.

Nicholas Theng, an MBPP councillor, reiterated today that no upfront payment of RM115 million had been given to HeiTech.

In a statement, he said the state government and local councils “have not paid HeiTech Padu Sdn Bhd a single cent”.

“HeiTech Padu Sdn Bhd is fully responsible for the maintenance of the app and sensors throughout the contract.

“Upon completion of the seven-year contract, all assets will then be transferred to MBPP and MPSP respectively,” Theng said.

He added that he was “furious” with HeiTech, due to its “inability to deliver at the standards that were expected of them”.

HeiTech said the project is currently in its pilot phase and that the findings of all stakeholders, including the public, are valuable.

"This is to ensure that together with the state government, MBPP and MPSP, we would be able to provide Penang with a solid dependable system, helping to increase Penangites’ quality of life," said the Subang Jaya-based company.

HeiTech said the smart parking app had been downloaded 10,000 times via Apple’s App Store, and that it was working to make the app available on Google Play for Android users.

"The public has started using the application and is providing us with valuable information," the firm said.

"While the number of sensors installed is also raised as an issue, the pilot phase will be in effect until the end of 2019.

"Plans have been made to mitigate the installation of the sensors at the designated sites," it added.

HeiTech expressed confidence with its mitigation plan, public feedback and strong collaboration with the local councils and Penang government.