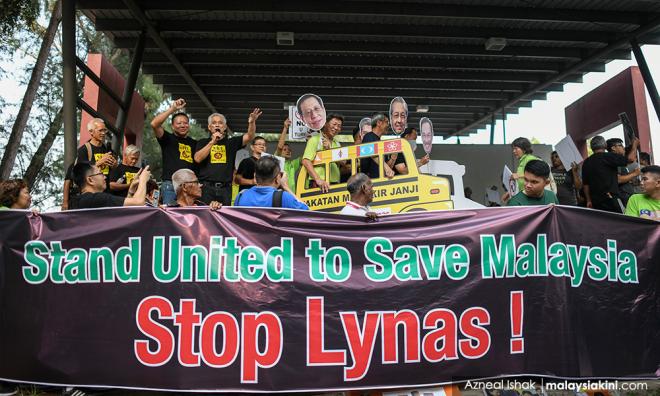 According to Sim, the investigating officer spent almost an hour recording his statements at his service centre today.

Also present to give his statement was Save Malaysia Stop Lynas' (SMSL) lawyer Hon Kai Ping.

"We gave our full cooperation and are willing to assist in any way possible,“ he told reporters here today.

Sim was among the politicians seen during the rally at Taman Gelora.

Last Sunday, Kuantan police chief Mohamad Noor Yusof Ali said the rally, held from 8am to 9.30am and participated by over 200 people, had failed to fulfil conditions under the Peaceful Assembly Act 2012.

He said SMSL organiser did not receive any approval from the owner of Taman Gelora, the Kuantan Municipal Council, to hold the rally there, which is required under the PAA.