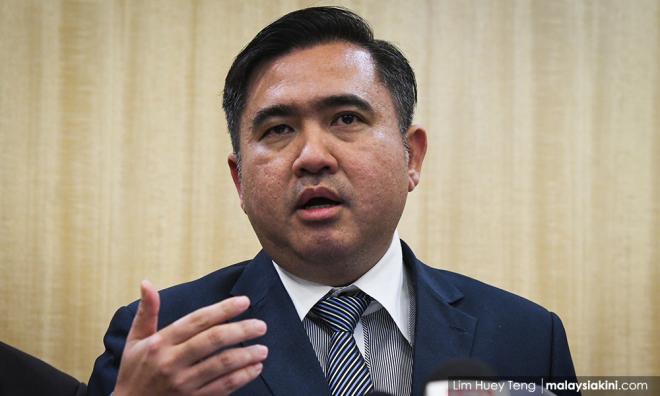 Transport Ministry given a month to submit bike taxi proposal

The Transport Ministry has been given a month to submit a report on the direction and mechanism for motorcycle ridesharing services to the cabinet, said its minister Anthony Loke.

Loke said that although the cabinet yesterday agreed in principle to the proposed service, his ministry needs to look at the overall aspects to make the service successful, including at the models' implemented in other countries.

“The cabinet instructed the ministry to prepare and review the legal framework on how the service can be implemented.

"So, it does not mean we can provide the service immediately, and this approval is not for Gojek, but approval for motorcycle ridesharing.

“So, once the framework is in the place, and the approach is finalised, then we will open it up for registration and any company can come in," he told reporters after launching the Fly the Jalur Gemilang programme in his constituency of Seremban today.

Yesterday, Entrepreneur Development Minister Mohd Redzuan Yusof announced that the cabinet had decided that a study of the legal aspects of the move be made first before it could be implemented.

Commenting further, Loke also dismissed reports that the government had already approved Gojek’s services to implemented in the country, and also stressed the company has not submitted any application.

“Gojek has not submitted any application yet. They just came to give a suggestion to the government and held a meeting with the prime minister several days ago,” he explained.

Read more: We're not forcing you to ride on motorcycles - PM responds to critics

Loke said his ministry will take into account all aspects including legal, insurance as well as passenger safety when preparing the mechanism report on the motorcycle ridesharing service.

“Safety is our top priority. We understand many ministers support this effort based on the benefits it can generate for economic growth for micro-enterprises, small and medium enterprises, and e-commerce.

“But, what the ministry sees is about safety. We must ensure public safety before we can implement this service,” he said.

“I have not received a detailed report yet, but I was told the incident was due to system breakdown, and of course, it caused inconvenience to the public.

“Any inconvenient to the public, we want to apologise, but I need further details and expect the management of MAHB will give more clarification to the public,” he said when asked whether he has received a report on the disruption.

Both terminals of the KLIA are experiencing disrupted connections which affected several airport systems such as WiFi connection, the flight information display system, check-in-counters and baggage handling systems.

The airport operator, Malaysia Airports in a statement today said the disruption started last night and was in the midst of being rectified.