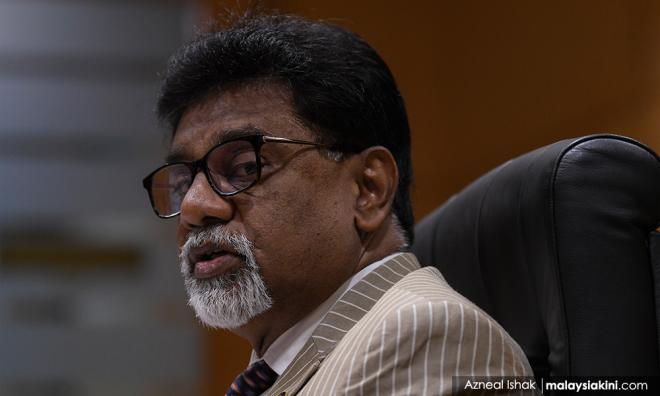 A minister today paid tribute to the Orang Asli community, saying they are the “eyes and ears of the authorities” in keeping away the poachers and plunderers of jungle treasures.

Water, Land and Natural Resources Minister Dr Xavier Jayakumar said the Orang Asli living deep in the jungle have been working with the authorities by reporting on these intrusions.

"There is a continuous programme between Jabatan Perhutanan Semenanjung Malaysia (Forestry Department of Peninsular Malaysia) and the Orang Asli so that they could serve as the guardians of our jungles," he told reporters after the opening of the Hutan Kita (Our Forests) exhibition at the Kuala Lumpur Tower. Prime Minister Dr Mahathir Mohamad opened the exhibition.

Xavier was replying to a question from reporters on whether the ministry would suggest to the cabinet that the indigenous people be allowed to be in charge of the jungles.

Meanwhile, on forest fires, he said the ministry is well-prepared to face the problem, even if the current drought worsens.

“Knowing well the terrain and the difficulty in manoeuvring through the rainforest, we are working on it.

“We also work with the Housing and Local Government Ministry because they have the necessary equipment, including Bombardier planes, to conduct water bombing during forest fires,” he said.

The Hutan Kita - Journey through our Rainforest exhibition is held at the Kuala Lumpur Tower from Aug 24-Sept 22. It is organised by the Water, Land and Natural Resources Ministry.