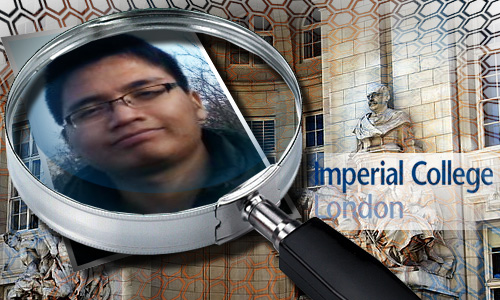 Even though he was convicted in the past of possessing over 30,000 photographs and videos of child pornography, Nur Fitri Azmeer Nordin has served his sentence and deserves a second chance, said UKM.

The university, where Nur Fitri is pursuing his PhD, said that the 27-year-old was given the opportunity to apply for further studies based on academic qualifications set by UKM for admission.

"UKM believes that education can help transform individuals by providing opportunities for them to improve themselves to achieve the highest success in life," said a statement issued through UKM's Corporate Communication Centre.

Nur Fitri was sentenced to five years’ jail by a London court in May 2015 while studying at Imperial College London under a Mara scholarship.

Described as a "maths genius", he was deported after serving nine months in jail.

“He enrolled in UKM in 2016 for a bachelor's degree programme," said the statement.

"He was selected to continue his studies here because of his outstanding ability and excellence in his studies," the statement added.

UKM was responding to a social media post "warning" Malaysians that Nur Fitri was studying at UKM.

“During the debate over whether or not to accept him, various views were taken into account and evaluated. UKM is also clear about the previous conviction and the sentence imposed on him," it said.

It added that throughout his studies in UKM, Nur Fitri had been very committed and had not shown any suspicious behaviour.

UKM also added that it had not received any complaints about Nur Fitri during his time there.