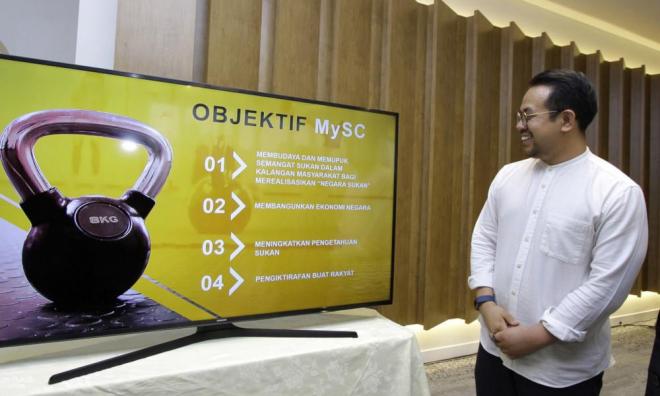 The Malaysia Sports Challenge is just one of the activities under the initiative of the National Sports Month, which also includes Hari Sukan Negara (National Sports Day).

Previously, there was some fierce criticism over the belief that Malaysia Sports Challenge would be replacing Hari Sukan Negara as well as the English name for the program, explained the Ministry of Youth and Sports in a statement today.

Among those who criticised the rebranding was The National Writers Association (Pena).

“As we approach our 62nd year of independence, Malaysia is becoming weaker in defending the status of Malay in the federal constitution now that Hari Sukan Negara is given a new name - Malaysia Sports Challenge.

“All official government programmes should use Malay as it is the national language,” Pena president Mohamad Saleeh Rahamad had said.

The ministry said that other programmes which are part of the National Sports Months is the Sports Expo and special Convention for women in sports, inter-ministry activities, collaborations between the private entities and government in providing free facilities, and special aid to international and national sports programmes.

However, it did not elaborate on the activities under the Malaysia Sports Challenge and the National Sports Day.

The Malaysia Sports Month will run for the entire of October in every state right down to the district level.

Prime Minister Dr Mahathir Mohamad is expected to officiate the event on Oct 12.

The ministry stated that the event is held to turn sports into a culture in the corporate sector while enhancing the concept of the annual National Sports Day.

Deputy Youth and Sports Minister Steven Sim had defended the use of the English name for the Malaysia Sports Challenge, saying that it will not deter participation from the people.

“I don’t think this will be a problem as it is a Malaysian event, its organiser is the Malaysian government who comprise Malaysians and many of the participants will also be Malaysians.

“I feel that Malaysians will not be affected no matter what language is used for the branding of the programme,” he said.