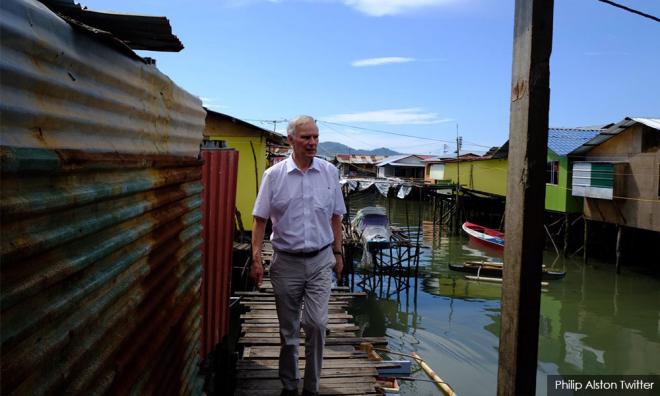 ADUN SPEAKS | According to the UN representative Philip Alston, Malaysia despite its impressive growth, has seriously underestimated the extent of poverty.

The official figure of 0.4 percent in the country grossly downplays poverty where people in the lower socio-economic bracket are finding it difficult to meet their daily subsistence needs, housing and health care services.

While Prime Minister Mahathir Mohammed has agreed to study the UN report, Minister of Economic Affairs Mohamed Azmin Ali took a defensive stand on the matter.

He said that the UN report by overestimating poverty in the country does not give credit to the measures undertaken by the government in the last few decades to reduce poverty by extending economic and social programmes to the poor.

The UN report states that the poverty in the country is around 16 to 20 percent.

The report claims that the underestimation of poverty in the country might influence policymakers to gloss over the basic needs of the poor segment of the population.

Mahathir might be accommodating to the idea that something is seriously amiss in our estimation or underestimation of poverty.

But I don’t know why Azmin is so defensive of the government’s figures.

Perhaps if Azmin wants, he can refute the figures by informing how poverty is determined in the country rather saying that the government relies on procedures and analysis of a world’s leading consultation on the estimation of poverty.

Common sense tells us that it is better to overestimate poverty to some extent in the official figures to ensure that poverty eradication measures do not leave out those who might not be factored in when official statistics are used.

Not a game of ego

Disputing poverty figures should not be reduced to a game of ego or 'we know better than you'.

The ultimate figures should not be just based on statistical analysis but by the backing of sound empirical data based on ground realities.

While I might not necessarily agree with either the UN representative or Azmin, I think official figures are not the ultimate truths about the actual situation of poverty in the country and segments of the population are deprived of basic needs.

This is the reason why a sound empirical study needs to be undertaken to be used as background check to complement statistical analysis.

At the end of the day, it is not so much an argument over the figures, but whether the poor and marginalised are benefiting from the country’s economic growth.

I wonder whether we are indulging in the poverty of our own analysis or a more informed analysis of poverty.