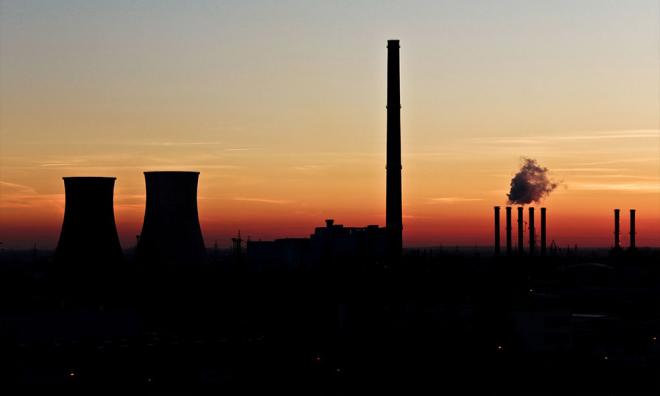 Amid China trade row, US miner set to focus on processing rare earths

The owner of the only US rare earths mine is going on a hiring spree as it looks to significantly boost production, part of a strategy to build out American refining capability after China raised tariffs on the minerals amid an escalating trade war.

By next year, MP Materials aims to be the first US company to refine rare earths since 2015 when Molycorp Inc, the former owner of California’s Mountain Pass mine, went bankrupt, executives said.

The mine has relied on China for rare earth processing, fueling national security concerns. China is the world’s largest processor and producer of the 17 specialized minerals used to build weapons, consumer electronics and a range of other goods. There are no known substitutes.

In June, China more than doubled tariffs on US rare earths imports for refining to 25 percent. On Friday, Beijing said it would add an additional 10 percent on top of that tariff rate starting next month, the latest tit-for-tat exchange in a protracted dispute between the world’s top two economies.

The Trump administration has labeled rare earths critical for national defense and ordered the Pentagon to support domestic production.

“What China has recognised is that this is a strategic industry,” said James Litinsky, co-chairman of MP Materials.

The company plans to boost its headcount by next year to about 400, up from about 200, and is already producing 68 percent more rare earth concentrate than under Molycorp.

But that concentrate - more than 50,000 tonnes per year - is today shipped to China for processing.

To resume refining in California, privately-held MP Materials is spending US$200 million to restart mothballed equipment at the mine and build a large roasting oven.

“The tariffs are very painful, but we remain profitable,” Litinsky said.

After processing, rare earths need to be turned into rare earth magnets, found in precision-guided missiles, smart bombs and military jets. But China controls the rare earths magnet industry, too.

Litinsky and peers are betting that by bringing rare earths refining back to the United States, it will encourage other investors to build magnets and other related parts in the country as well.

The mine originally opened in 1948 and has gone through a series of owners, including Chevron Corp, before Molycorp went bankrupt.

The facility will recycle wastewater and produce hydrochloric acid and caustic soda to use in the rare earths separation process, saving the facility the added cost of buying the chemicals on the open market.

The company’s new roaster will bake rare earth ore at high temperatures to effectively leach out the high-value minerals.

It’s not clear if the group will be able to re-start the processing equipment by next year or instead will face delays common in construction projects.

“Call me cynical, but history just shows if you look back on metals projects, most don’t start when they were slated to come online,” said Mark Seddon, an Argus metals analyst.

Once the refining equipment does switch online, the goal is to use that material on site to make more than 5,000 tonnes per year of neodymium and praseodymium (NdPr), two of the 17 types of rare earths that are used to make magnets.

Friday’s tariff news means that MP Materials will need to find more customers outside of China once it restarts its California processor, pitting it against Australia’s Lynas Corp, the largest rare earths miner and processor outside of China.

Lynas CEO Amanda Lacaze has vowed not to cede her company’s market share outside of China.

The group bought the mine out of bankruptcy in 2017 for US$20.5 million, a far cry from billions that Molycorp had invested in the facility over the years.

Litinsky says that despite the Shenghe stake, China has no control over Mountain Pass or where its products will go.

“If the (US) Department of Defense came to us and said, ‘We need product,’ we’ll sell there first,” he said. “We’ll sell wherever we want to sell.”