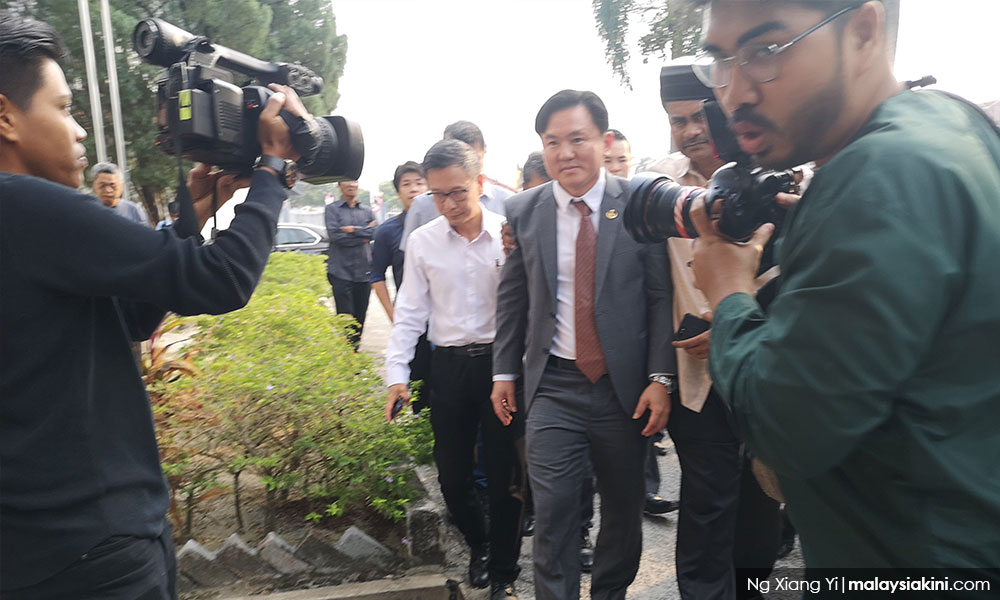 This is after Yong refused Faizal's advice to go on leave after he was charged yesterday with allegedly raping his Indonesian domestic worker.

"It's completely right that the Perak MB requested Yong to take leave after being charged in court.

"However when Yong declined to comply, the menteri besar should seek an audience with Perak's sultan (to advice) for Yong to be sacked...," he said in a statement.

Wong also claimed that Yong's uncertain position could cause legality issues on decisions he makes as Perak exco.

The MCA leader noted that Yong had cited his desire to continue "serving the rakyat" as justification for refusing to go on leave.

However, Wong said it is not about Yong's desire but the rule of law.

He added Yong can still serve the people as he will remain as Tronoh assemblyperson.

Perak DAP adviser Ngeh Koo Ham had alleged that a man was paid RM100,000 to bring the purported victim to lodge a police report.

Mah claimed Perak DAP was trying to put pressure on the authorities by peddling a conspiracy theory.

In another statement, think tank Centre for a Better Tomorrow (Cenbet) Simon vice-president Lim Seng Chai said the charge against Yong is a serious one, and the Perak exco should go on leave in line with good governance.

"It is standard practice for public office bearers in mature democracies around the world to take leave or resign after being implicated for wrongdoings that are even far lighter than rape.

"If Yong is committed to the ideals of good governance that his party and coalition have pledged to uphold, he should take heave of absence immediately.

"There is no need to wait until the conclusion of his trial," he said.

The police report was lodged against Yong on July 8, and he has denied the rape allegation.

“I, hereby, unequivocally and categorically deny the allegation. I reiterate that I have never raped or sexually assaulted her," he had said.

Yong presented himself at the Jelapang police station on July 9 to facilitate investigation and was briefly detained by the police. He was subsequently released on police bail.

Yong has continued to clock into his office as the Perak exco in charge of housing, local government, public transport, non-Muslims affairs and new villages despite the allegation and his subsequent charge yesterday.

The case has also attracted attention from the Indonesian embassy.

crime
women
politics
mac youth
paul yong
ahmad faizal azumu
Related Reports
Yong's refusal to take leave points to lack of leadership by example
a year ago
Ismail Sabri: Ngeh trying to 'subvert justice'
a year ago
Do the decent thing and step aside, NGO leader tells exco
a year ago
Only DAP CEC can decide action against Yong, says Loke
a year ago