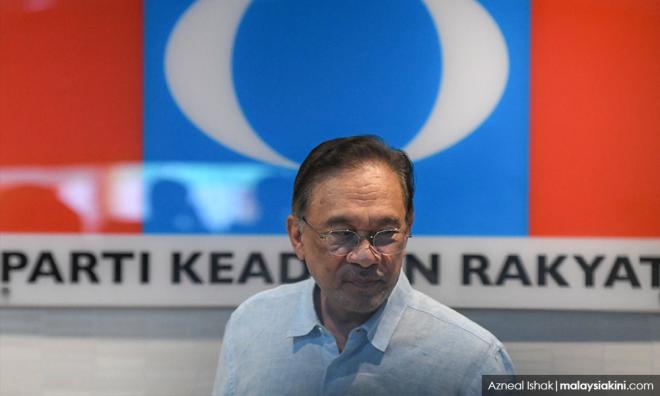 PKR has no factions - Anwar

There is no split or two camps existing in PKR, stressed party president, Anwar Ibrahim.

He said this when asked on the absence of party deputy president Mohamed Azmin Ali at several PKR leadership meetings prior to this.

Commenting further on the matter, he said Azmin had already submitted the reasons for most of his absences and as such the party need not take any action against him.

‘’There is a regulation whereby if you do not attend three times in a row without reasons, you would be dropped from your post. Sometimes, these people will try to give excuses, so the disciplinary board will scrutinise to see if the excuses are correct or not,’’ he told reporters after attending a dialogue with the community and non-government organisation in Kuala Terengganu today.

Anwar, who is also Port Dickson member of Parliament, added that, currently, what was more important was that the party programme ran as normal, and the leaders and members continue to be loyal and champion the idealism of the party's struggle. - Bernama